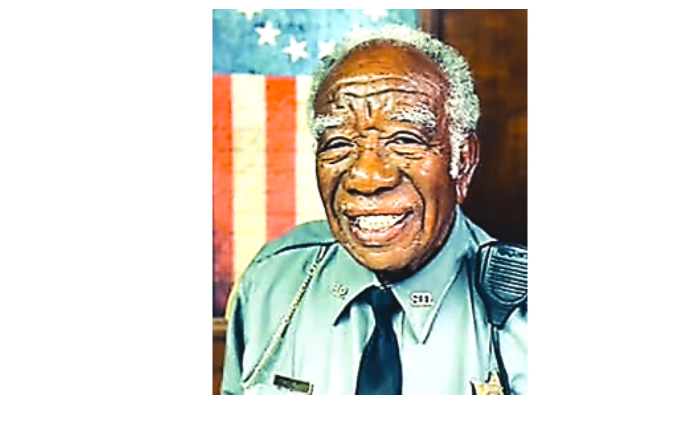 A Beauregard Parish deputy received a congressional commendation last week for his unwavering dedication and service to the senior citizens of the parish.

Deputy Frank Johnson Jr. has served in many facets throughout his life. He first served as an assistant platoon sergeant in the U.S. Army during the Korean War. After that, he spent the next 41 years at DeRidder’s First National Bank where he worked his way up from janitor to vice president upon his retirement.

But retirement was not in his plans. Johnson took no more than a weekend off from working before he began a new career with the Beauregard Parish Sheriff’s Office, where he could once again fulfill his desire to serve others.

He has served more than 27 years with BPSO, and the last 13 of those have been with the Senior Care Unit. Through a partnership with the Council on Aging, Johnson and three other deputies spend their days connecting with seniors throughout the parish. They visit with the community members and provide them with food or items that they are in physical need of, but they also take care of their emotional needs with fellowship and conversation.

“I have been doing this for a long time and I still enjoy what I do. I enjoy the visiting and making sure that they are OK and have what they need,” Johnson stated.

At 90 years old, Johnson said that he has attempted to give retirement a try, but that the move didn’t suit him.

After a tough battle with COVID-19 in 2020, Johnson stepped away from work to focus on his health, but once he made a recovery he said he found himself at a loss with no work expected of him each day.

“After working so long in my life, I found that when I sat at home it felt like the whole world was just caving in on me. I didn’t like it,” Johnson stated.

“I decided that for as long as I’m able to, I want to work.”

Johnson went to Sheriff Mark Herford and requested to return to duty, and he was welcomed back to the Senior Care Unit as a part-time deputy where he now assists fellow deputy Ebbie Perkins in his duties.

Johnson’s dedication has not gone unnoticed by the community, his supervisors or even state leaders.

When word spread to U.S. Congressman Mike Johnson’s (R-Benton) office of Deputy Johnson’s tireless dedication to service, he expressed a desire to honor the man he called “an icon of Beauregard Parish”.

At an event last week held by the Council on Aging, Congressman Johnson’s assistant, Mrs. Jerrie LeDoux, surprised Deputy Johnson with a Certificate of Congressional Commendation in recognition of his outstanding service to the community.

“We can’t thank you enough for what you have done, and Congressman Mike Johnson thanks you for what you continue to do,” LeDoux stated.

Herford said that there are few deputies as deserving of recognition as Johnson.

“Frank Johnson, Jr. is a special man and a special deputy. He is the founding member of the Senior Care Unit and has been instrumental in establishing that program,” Herford stated.

All the praise and recognition has been an overwhelming source of joy for the soft-spoken deputy.

“I am so humbled by it, and I appreciate everyone so much for it. It made me feel very special for doing something that I love to do so much,” Johnson stated.