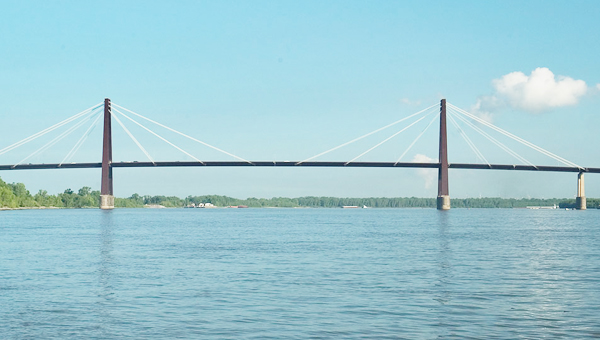 By now, everyone should be aware that the resurfacing of The Hale Boggs Bridge will soon begin. First, let me emphatically state that we are grateful for this resurfacing project. It is certainly needed and will result in a safer surface for crossing the bridge when complete.

A brief news release Sunday from the LA DOTD indicates that the work will begin in earnest on or about Feb. 1 and continue into June. While this is not the first time this has occurred over the years, the construction and traffic plan devised by DOTD is different this year and will result in what we believe will be substantial additional traffic congestion in St. Charles Parish on highways in addition to I-310. Especially during peak traffic hours, residents of St. Charles Parish can expect significant traffic congestion and delays at several locations on both the east and west banks.

We all understand that any type of road repair will include traffic backups and inconvenient delays. However, I would have hoped that DOTD officials would have shared the detailed traffic re-routing plan and sought input with local officials long before it was finalized. We feel we could have provided valuable information to them as to both collateral traffic impact as well as emergency response issues.

For whatever reasons, they chose not to. Also, the potential cost to The SCPSO for deputies to help with traffic control on our highways (other than I-310) was not considered at all. In any event, it seems that substantial funds have already been spent on the “prep” work, and DOTD is committed to this final plan without further changes despite our requests for reconsideration.

I do intend to make our new Governor and the newly appointed Secretary of DOTD aware of my concerns for future planning and the need to include local emergency responders and governmental agencies in this planning.

Local agencies in St. Charles Parish have begun meeting to discuss the challenges we will all face in providing services during this project. These meetings have included members of our legislative delegation as well as school district, hospital and parish officials. My office is currently working on a video presentation to help citizens visualize and understand the details of this project. It is clear that we will all need to exercise a lot of patience and drive very carefully this spring.