Get to know the month of January 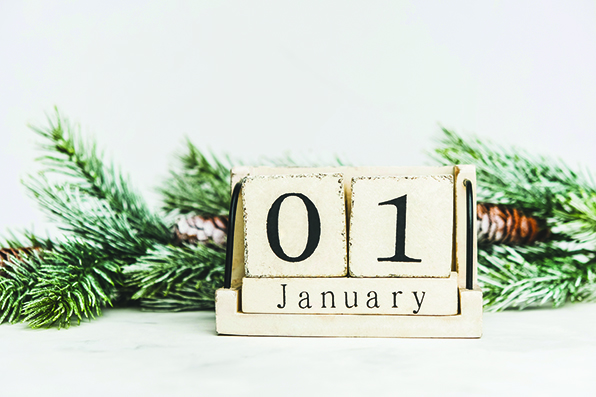 January may be best known for resolutions, new beginnings and snowy weather. But there’s plenty of other trivia tidbits that make the first month of the year stand out.

1. January is named for the Roman god Janus. Janus was the protector of gates and doorways. Janus was always depicted with two faces and purportedly could see into the past and into the future simultaneously.

2. Anglo-Saxons once called January “Wulfmonath,” as it was the month when hungry wolves came scavenging closer to people’s doors.

3. The month of January marks the end of the Christmas season. Twelfth Night on January 5, an English folk custom, involved toasting one another from a wassail bowl. Twelfth Night precedes the Christian Epiphany, which occurs on January 6, marking when the three Magi venerated and brought gifts to the infant Jesus, according to the New Testament gospels.

4. The first Monday in January is called Handsel Monday, according to Scottish custom. It was a time to give children and servants a small gift (handsel), with the intent of imparting good luck.

6. January is a great time to get deep discounts on many different items, including garments and furniture, as stores traditionally start to reduce their winter inventories. January also is a time for linen “white” sales.

7. In the northern hemisphere, January tends to be the coldest month of the year. It should come as no surprise then that it is National Soup Month, as soup helps to chase away some of that chill.

8. People can view the Quandrantid Meteor Shower, which is a meteor shower that happens every January. The body responsible for producing the Quadrantids is an asteroid rather than comet fragments, which are the typical matter sources for meteor showers.

10. Garnet is the birthstone for January. The name comes from the Latin “garanatus,” meaning “seed-like.” It refers to the red seeds of the pomegranate.

11. January became the first month of the year (replacing March) when Roman king Numa Pompilius revised the Roman republican calendar during his reign from 715-673 BCE.