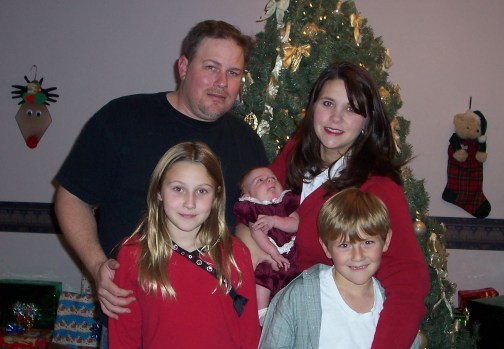 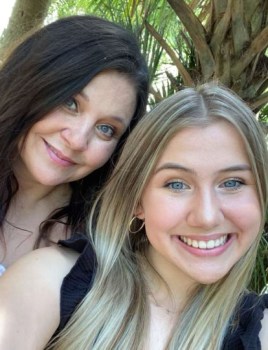 Diane Robichaux is pictured with her 16-year-old daughter, Brianne, who she was pregnant with while working inside Memorial Medical Center during Hurricane Katrina.

The sound of a helicopter was enough to mentally transport her back to her seventh-floor office inside the hospital, where she stood near the window and listened to the cries of a drowning city. A symphony of glass shattering and gunshots combined with screams of fear, pain and anger. Coast Guard helicopters roared through the air, sometimes near, sometimes out in the distance.

For years, she shared these thoughts with no one — not even me, her oldest daughter. That’s why it was surprising to all of us, and even to her, when she watched all eight episodes of a new mini-series based on the events that unfolded at Memorial.

Robichaux, a lifelong St. Charles Parish resident, was featured in six episodes of Apple TV’s “Five Days at Memorial,” based on the book by the same name by Pulitzer Prize-winning author Sheri Fink. She was portrayed by actress Julie Ann Emery, who is best known for her recurring role in “Better Call Saul.”

The series turned out to be the catalyst my mother needed to finally have conversations she’d avoided for years.

“News of the release of the mini-series brought up the suppressed memories and made me face them head on, whether I wanted to or not,” Robichaux said. “It made me talk about it, made me cry, and made me share my full experience with my older children who only knew bits and pieces. It made me for the first time talk with my youngest child, the one who went through all of this with me, about our horrid experience.”

When Hurricane Katrina struck, I was 10 years old, safely evacuated with my dad and younger brother while my mom worked through the storm. I didn’t know the extent of what she went through or that she feared for her own safety and the wellbeing of my sister, who she was seven months pregnant with at the time.

I had no idea how much responsibility she had on her shoulders as assistant administrator of LifeCare, a separate hospital that operated inside of Memorial’s building.

My memories of Hurricane Katrina were of watching Cartoon Network in a hotel room and visiting a mall in Texas. My mom’s memories were of medically fragile patients coding on stairwells as staff attempted to transport them across eight floors to a helipad in the 100-degree heat. Back-up generators were underwater, and the smell of backed up sewage permeated the air. The staff were left feeling abandoned by a breakdown in communication with the outside world.

The Apple TV series primarily followed Dr. Anna Pou, who was arrested after several deceased patients found at Memorial after Hurricane Katrina were discovered to have morphine or another fast-acting sedative in their system. An Orleans Parish special grand jury chose not to indict Poe for second-degree murder.

Sheri Fink, one of the producers of the show, left several messages on our home phone all those years ago. She wanted to share the stories of those who lived through the horrific events, highlighting not only the controversy but also the acts of heroism among the staff who banded together for rescue efforts.

My mom never called Fink back. She couldn’t.

She couldn’t bring herself to read Fink’s book when it came out because even the thought of it induced her anxiety.

Before the Apple TV series premiered in August, Robichaux’s closest friends didn’t know that she was at Memorial during Hurricane Katrina. Many had no idea she ever worked in a hospital setting before she made the switch to early intervention occupational therapy.

Watching the series was difficult in many ways, but in the end, it was therapeutic.

“It reminded me of the strong woman I am. Although I had to relive the nightmare, it somehow gave me peace in doing so. Conversations with family and friends about the experience were suddenly easier without feeling an increased heart rate or having to stop and take deep breaths,” Robichaux said.

Since the show aired, Robichaux has received numerous calls and text messages: “Is this you?”, “I had no idea…”, “Diane, remember me?”

Some who contacted her were curious about the child she was pregnant with at the time. Two-and-a-half months after Hurricane Katrina, Robichaux delivered a healthy, 9 pound 2 ounce baby girl.

The baby of the family is now an honor roll student and a competitive dancer at Destrehan High School and Kelli’s Kreative Dance. Until recently, Brianne Robichaux knew nothing about the events that transpired just two months before she was born.

“My mom had just said it was a hard experience, and the only thing I remember hearing about is her being airlifted out of there. We didn’t talk about it in our family until this show came up because it brings back a lot of bad memories, and no one wants to constantly relive them by talking about it,” Brianne said. “Seeing the show is really cool for me because it’s so crazy to see my mom on TV and everything she went through while carrying me.”

Robichaux believes the experience her youngest daughter went through in utero is indicative of the well-rounded, strong person she is today.

“More than anything, I think she was trying to understand,” Robichaux said. “Watching the show, she was mostly looking at me to see how I was reacting to it and asking, ‘Did that really happen?’”

While the creators of the show did the best they could in describing the chaos, Robichaux said it would be impossible to fully capture the lack of communication, not just from outside of the hospital, but even inside from floor to floor. There were rumors the staff believed to be true, including that martial law had been declared. Staff felt unsafe traveling between floors after hearing accounts of people being raped and strangers breaking into the pharmacy to steal medicine and personal belongings.

When Robichaux was evacuated via helicopter on day five, her understanding was that if the staff didn’t leave when they were instructed, no one would be back to rescue them for two weeks.

It resonated with Robichaux when the Apple TV series showed her character standing by the window, emotional about the events that were unfolding. Her most vivid memory of those days was looking out of that window, and the series captured those moments on screen.

Reflecting on her darkest days, Robichaux is grateful to God for getting her through it, for her family, and for those who have reached out to support her, then and now.

“I’m also thankful to the actress who played me and said so many beautiful things about me and to the author and directors who told our story,” Robichaux said.

As I finally share my mother’s story 17 years after Hurricane Katrina, I feel the gentle kicks of my first child expected to enter this world in February 2023. I can’t fathom how my mother braved those conditions while pregnant with my sister. Life moves on, but the past still matters. I’m grateful that “Five Days at Memorial” started a dialogue in my family that could finally open a door to healing.