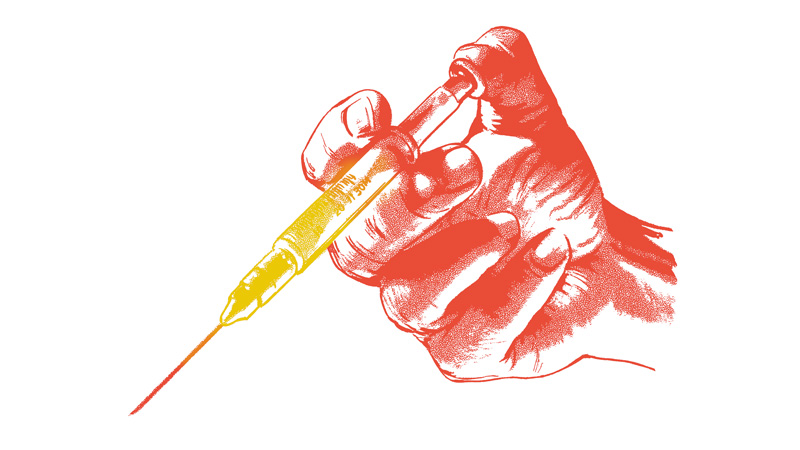 Thanks to five COVID-19 shots (three of them boosters), I have, so far, managed to miss the infection. Bragging may jinx my success, but I’m willing to take the chance.

While I respect the decisions of others when it comes to vaccinations, I still wonder why there is so much rejection of the protection. I remember that first major shot many, many years ago, the dreaded smallpox vaccination.

As I recall, there was a red circular area on my upper arm that took some time to clear up.

Smallpox was first described in the year 910 and it would be almost 800 years of horrors before a vaccine was developed, according to historyofvaccines.org. Benjamin Franklin’s four-year-old son died of smallpox on Nov. 21, 1736.

Cowpox is an uncommon illness in cattle that can spread from a cow to humans via sores on the cow. Edward Jenner tested the hypothesis that infection with cowpox could protect a person from smallpox infection.

Jenner, on May 14, 1796, inoculated James Phipps, 8, with matter from a cowpox sore on the hand of a milkmaid. Phipps suffered a local reaction and felt poorly for several days but made a full recovery.

The World Health Assembly declared the world free from smallpox in 1980. Only smallpox has been eradicated through vaccination. However, polio is on the verge of eradication.

The website said few diseases frightened parents more in the early part of the 20th century than polio. It struck in the warm summer months, sweeping through towns in epidemics every few years.

My father contracted polio at age 6 and he was disabled for life. He overcame that disability by walking with a crutch to support his leg that was paralyzed. My siblings and I never thought of him being handicapped because there was nothing he was unable to do.

Widespread vaccination made it possible to eliminate polio from the Western Hemisphere in 1994. However, the Centers for Disease Control and Prevention on Aug. 3 reported it was aware of a case of polio in an unvaccinated individual from Rockland County, N.Y., and its investigation is continuing.

It has been recommended that children in the United States receive the inactivated polio vaccine at 2 months and 4 months of age, and then twice more before entering elementary school.

The first vaccine for smallpox was developed in 1797, and it was nearly a hundred years later when Louis Pasteur developed the rabies vaccine. Since then, vaccination has targeted dozens of infectious diseases.

I can remember walking through a vaccination line while I was in the U.S. Army and receiving shots in both arms, nearly fainting when I reached the end of the line.

The late-14th Judicial District Judge Fred Godwin, a good friend, on one occasion suggested my wife and I might want to get a Shingles vaccine. The husband of Godwin’s daughter got a case of Shingles and she told her dad he definitely needed to get the shot.

We took Godwin’s advice, and eventually got the two-dose Shingles shot that was an improvement over the older vaccine.

My children, grandchildren and great-granddaughters have received all of the required vaccinations to protect them from diphtheria, measles, mumps, chicken pox, and whooping cough. Flu and pneumonia shots are also recommended for all ages.

Lanny Keller, another friend, and a columnist for The Advocate, said in Friday’s newspaper that Democratic Gov. John Bel Edwards will be remembered for a number of positives during his nearly seven years in office, but one stands out.

Edwards and top state health officials got their COVID-19 booster shots in a photo-op at a north Baton Rouge clinic last week. Keller said the governor used the occasion to get his flu shot at the same time.

“But from a historical perspective, it will be for coronavirus that Edwards’ crisis-management skills may be best remembered,” Keller said. And he added that Edwards has come under severe attacks from  vaccine denial ultraconservatives in the GOP, but as he did at that clinic last week, he hasn’t flinched.

Getting that fifth COVID-19 shot has given me the same comfort level I have experienced after many vaccinations over a long and mostly disease-free lifetime.