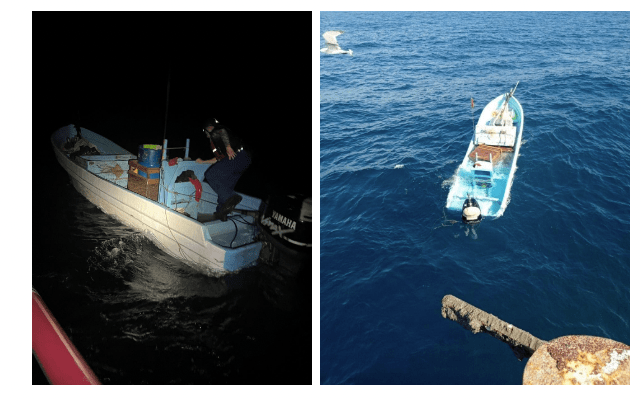 Coast Guard personnel interdicted three lancha boats with approximately 440-pounds of shark and 2,425-pounds of red snapper along with fishing gear, radios, GPS devices and high flyers onboard. Coast Guard crews detained the Mexican fishermen and are scheduled to transfer them to border enforcement agents for processing.

“Working collaboratively with our federal, state and local partners, we continue to detect and deter illegal fishing occurring in the U. S. Exclusive Economic Zone,” said Capt. Kristi Luttrell, chief of response, Coast Guard District 8. “Successfully protecting our limited marine resources requires a whole-of-government approach, and these successful cases illustrate our commitment to that effort.”

A lancha is a fishing boat used by Mexican fishermen that is approximately 20-30 feet long with a slender profile, having one outboard motor, and is capable of traveling at speeds exceeding 30 mph. Lanchas are frequently used to transport illegal narcotics to the U.S. and illegally fish in the United States’ Exclusive Economic Zone near the U.S./Mexico border in the Gulf of Mexico.