West St. John will be young this year 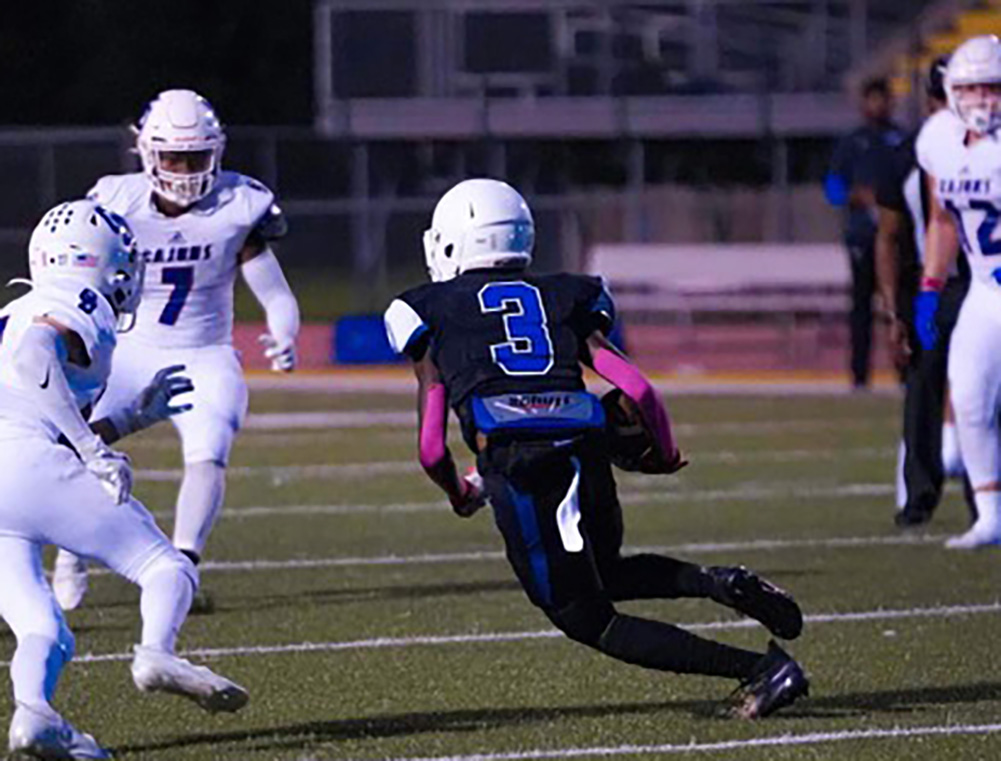 EDGARD — West St. John will be a young team.

They enter the 2022 season after going 2-4 last year in the regular season that saw them reach the quarterfinals round of the playoffs before being defeated by state semifinalist Oak Grove, 34-6.

“This 2022 team is going to be a young team, but we will lean on some of our seniors, juniors, sophomores as well as our freshmen to step up,” West St. John coach Greg Johnson said. “We have a couple of guys who have played in some big games. Now our young guys have to grow up faster.”

Johnson, who said West St. John should start the season with 30 to 32 players, enters his second year as the head coach.

Last year, West St. John reached the quarterfinals of the Class 1A playoffs, but lost to state semifinalist Oak Grove, 34-6.

Johnson said Keimyren Weber and Kailen Edwards will need to grow up fast.

Kylin Smith plays multiple positions at wide receiver and defensive back. Smith, who was a first-team all-district player last year, is a third-year starter.

Weber plays defensive back and slot receiver along with backup quarterback when needed.

Edwards, who is a sophomore, plays running back and safety.

“They got some playing time last year, but we are expecting a lot from them this year,” Johnson said.

Timothy Bartholomew has been a first-team all-district linebacker the last two years. Johnson said they will use Bartholomew on the offensive side of the ball as well. He will be a fourth-year starter.

“Kylin is the type of kid that works hard,” Johnson said. “He’s a leader on the field. He ran a 4.4 (in the 40-yard dash) at Southeastern’s combine. With his speed, we’re going to be trying to put the ball in his hands. Timothy Bartholomew is just a workaholic. Sometimes he beats me to the school to get in the weight room. Great kid to have on the team. High motor, high character guy. Keimyran, this will be his first year starting. He’s an athlete. Whatever we need him at, he can play it. He’s just a great athlete on the field.”

Kenveon Harrell plays on the offensive and defensive lines.

Johnson said that Harrell is another kid that works hard and said that they are going to rely on him to guide their offensive and defensive lines.

West St. John will open the season with a road game against Ascension Catholic on September 2.