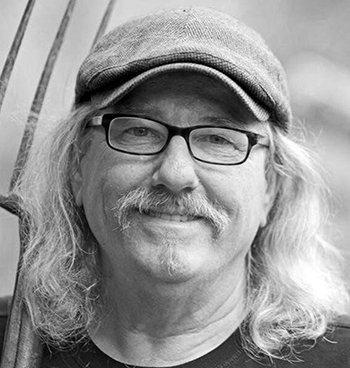 Take it from a seasoned hortifreak, plants can reproduce in weird ways.

I’m not talking about unusual seeds, ranging from giant naked coconuts to those little bumps on the outside of strawberry fruit and the jillions of seeds in tiny balls on the undersides of leaves of “mimosa weed” (aka chamber bitter) whose Latin name, Phyllanthus, even means leaf flower. Or how figs are actually inside-out flowers pollinated by little wasps that crawl around inside.

Plants have fascinating ways to repeat themselves as exact copies through self-cloning, including how strawberries, spider/airplane plants, nutgrass, crocosmia, walking iris, ajuga, and most Southern lawn grasses shoot out long, slender plant-tipped stolons we call runners. Rhizomes, produced by most common iris and Sansevieria, are different from stolons because they store plant food and can have roots and leaves all along their length; one of my weirdest Sansevierias is called “walking snake plant” for how its rhizomes are held above the ground on banyan tree-like stilts called prop roots.

Some daylilies form plantlets on flower stems, a phenomenon orchid growers call keiki, which is Hawaiian for “the little one.” And we’ve all seen how sagos, agaves, and aloe vera produce little offset plants called “pups” at their base.

I usually avoid technical botanical terms even for myself and managed to not get bogged in rabbit holes when my old plant physiology book dove me into long-forgotten stuff like vegetative apomixis and adventitious cellular redifferentiation, which is how stem cells turn into root cells when we stick cuttings of roses, gardenia, rosemary, night blooming cereus, and others in water or moist potting soil.

What got me into all this is trying to find out how fat leaves that fall off some of my succulents can sprout into entire new plants. Or even weirder, how some of my plants grow entire little plantlets, roots and all, on still-attached leaves. For those who want to know, it’s through mitosis of meristematic-type tissue, which is also how leaves of African violet, begonias, and sansevierias can sprout entire new plants. Sheesh.

An example is what most of us call mother of thousands, or sometimes alligator plant, with the difficult Latin name Kalanchoe daigremontiana. It, along with related plants called Bryophyllum, has little plants growing in the tooth-like notches along or on the tips of its leaves. Though they do produce unusual but pretty flowers, they’ve completely lost the ability to reproduce with seeds, by transferring their embryo-making process to the leaves to make plantlets.

My favorites are other members of the Crassula family which includes real Crassulas such as the familiar jade plant plus hundreds of species of cold-hardy Sedum. And the clump-forming Sempervivum, whose name means “always alive” and are commonly called houseleeks from the ancient word “leac” or plant, as for centuries they have been planted on rooftops to ward off fire and lightning strikes as well as ensure the health and prosperity of those who live there.

Those, and our common gray-leaf passalong plant named Graptopetalum, are often called hens and chicks because of how little plantlets start when leaves fall off and tiny buds soon sprout their own roots, taking up residence close to the mother hen plant.

All these ways of reproducing without the need for pollination produce clones, which are individual but identical pieces of the original, with exactly the same genetics as their mother plants. It’s a botanical way to reset the aging clock, to keep a plant going forever, long after the original plant dies.

Felder Rushing is an author, columnist, and host of the “Gestalt Gardener” on MPB Think Radio. Email gardening questions to rushingfelder@yahoo.com.