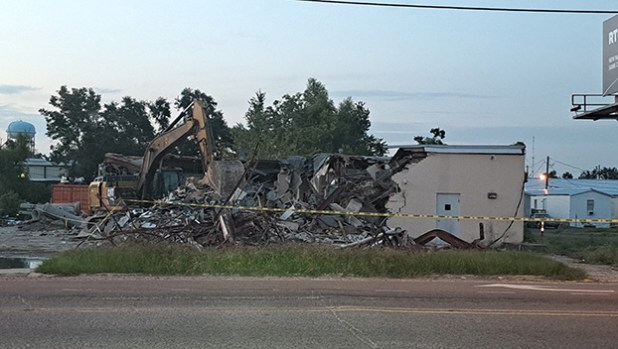 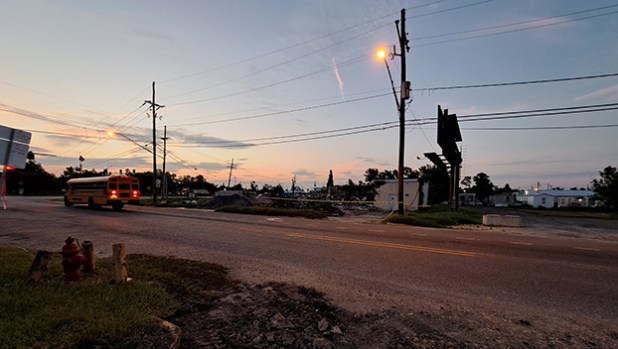 LAPLACE — Demolition began Tuesday evening on the Edmond “Skipper” Songy Service Center at the corner of Airline Highway and Main Street in LaPlace as part of the LA Safe Airline and Main Complete Streets Project.

The demolition will make way for a new park that will add recreation space and additional stormwater capacity for the local drainage system.

This is part of an undertaking intended to beautify the community and drive future economic development into an area of low flood risk. The Airline & Main Complete Streets Project includes a 1.3-mile stretch of street improvements on Airline Highway between Tiffany Drive and Main Street. Improvements will continue down a 0.3-mile stretch on Main Street in LaPlace.

During the groundbreaking on the project on March 17, 2022, St. John Parish officials announced that the demolition of the Edmond “Skipper” Songy Service Center would be included in the project in order to reduce community blight. The Service Center housed the St. John Parish Planning and Zoning Department prior to the construction of the Parish Government Complex at 1811 W. Airline Highway in LaPlace.

Completion of the $6 million Airline & Main Complete Streets Project is estimated for mid to late 2023. The process began nearly a decade ago in the aftermath of hurricanes Isaac and Sandy, when the Department of Housing and Urban Development set aside $1 billion for a competition for projects creating resilient communities around the country.

The St. John Parish administration is also working to find funding for a future projects, such as I-10 gateway enhancements, that will attract businesses and residents while improving drainage and beautification.