Louisiana’s electricity rates are lower than its neighbors, but rate hikes loom ahead after storms 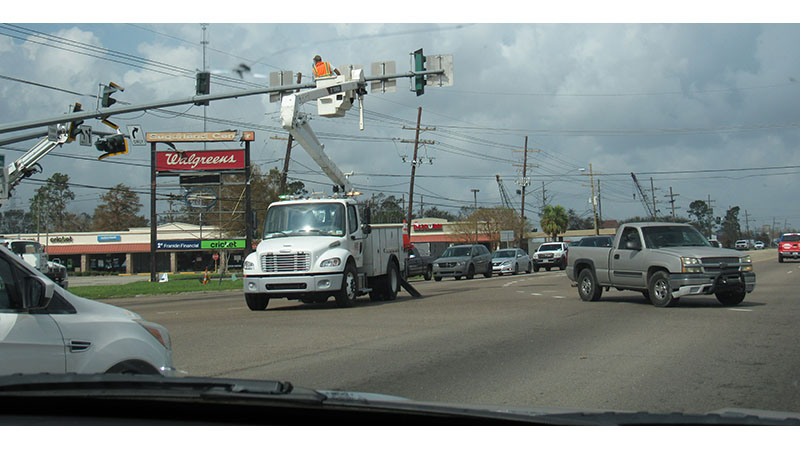 The most recent data from the U.S. Energy Information Administration shows Louisiana’s average retail price of 7.51 cents per kilowatt hour in 2020 is below Texas’ 8.36 cents, Arkansas’ rate of 8.32 cents, and Mississippi’s 9.13 cent rate. Revised data is expected in December.

Those figures run behind the national average of 10.59 cents per kilowatt hour for the same year.

Rising natural gas prices and damage from hurricanes Laura, Delta, Zeta and Ida, as well as Winter Storm Uri, are pushing up prices in Louisiana, resulting in significant increases in customers’ bills this summer.

Entergy explained in a letter to customers in June the company added $15 per month to their bills that month through a fuel adjustment approved by the Louisiana Public Service Commission. The added cost was reduced from a $25 per month increase by deferring $10 per month into the future.

The increase is on top of a roughly $10 monthly increase for the average 1,000 kilowatt hour customer that was added to bills to recover costs associated with storm repairs.

“Our team worked hand-in-hand with the Commission to help mitigate the impact of those restoration charges on our customers. After a thorough review, the LPSC approved earlier this year our plan to securitize those funds and spread those costs over a 15-year span, ensuring that our customers will pay the lowest possible price and incur a smaller burden per month on their bills,” the letter to customers read.

The roughly $25 per month increase in fees will affect roughly 1.1 million customers in 58 parishes, while similar increases are expected from Entergy New Orleans, which is regulated by the New Orleans City Council.

The increases come despite criticism from the PSC regarding the company’s operations. PSC Commissioner Foster Campbell confronted Entergy CEO Leo Denault about the company’s increasing profits, $1.2 billion in dividends paid to shareholders last year, and Denault’s recent $1 million pay raise during a meeting in May.

Campbell requested Entergy chip in $400 million toward storm repairs, instead of passing the entire cost on to customers, but Denault refused.

Landon Stevens, director of policy and advocacy at the Conservative Energy Network, said the annual rate increases stem in large part from the near monopoly energy companies have on the market in Louisiana and other states.

The situation allows the companies to recoup rising fuel costs and other expenses to produce electricity directly from ratepayers, though Entergy is prohibited from profiting from the recovery.

“If you look at a state like Texas where it’s open to retail competition, the customers don’t pay for that,” Stevens said.

Entergy is recovering about $5 billion in storm damages alone.

The Conservative Energy Network studies ways Louisiana and other states could create a more competitive market to drive down costs for users, such as the report, The State of Electric Competition in the United States of America, released in June 2021.

A scorecard associated with that study gives Louisiana a failing grade for electric competition.