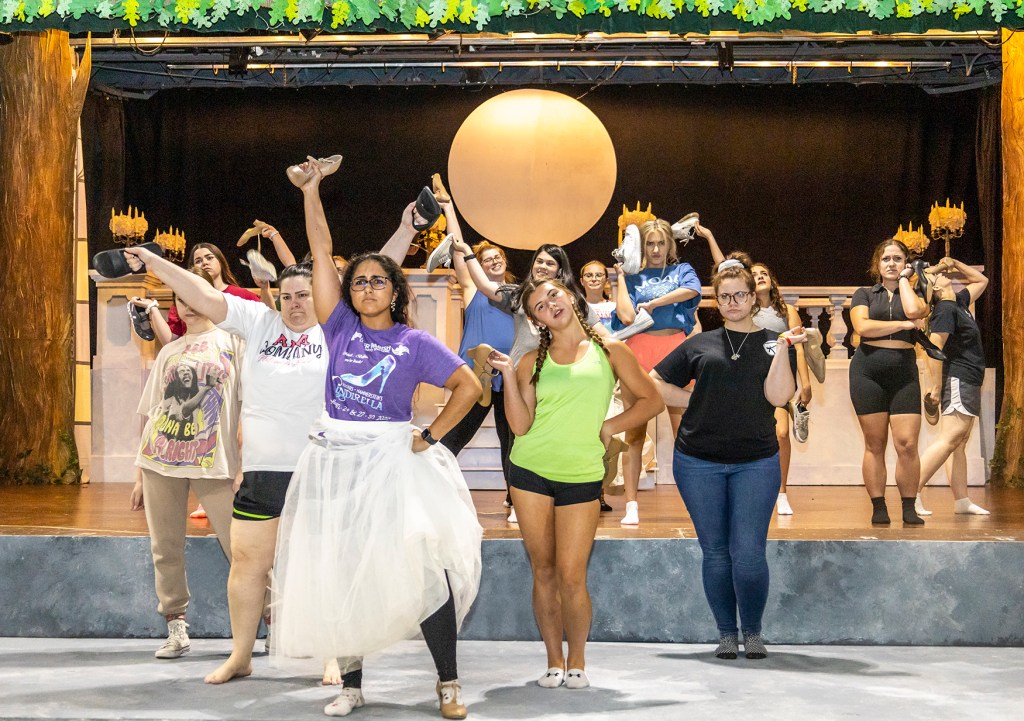 RESERVE — There’s a lot of magic to be found in Rodgers & Hammerstein’s Cinderella. For River Parish Community Theatre, there’s nothing quite as magical as the opportunity for a second chance.

‘Cinderella’ was considered the best production River Parish Community Theatre has ever had when it was unveiled to audiences in summer 2021. Tragically, the summer show was cut short after only one performance due to health concerns as the Delta variant of COVID-19 surged.

Director Darryl P. Clement is restaging the production, scheduled to run July 22-24 and 27-30 at St. Peter Catholic School in Reserve.

“We already know how good it is because we had a performance of it. Bringing it back is really special for us because we get to show the community all the work we’ve put in,” Clement said.

The magic is in the details, and restaging the production has allowed RPCT to enhance what was already put in place last year.

When this revival showed up on Broadway, the costumes were all the rage, and RPCT’s production is no exception.

“We put a lot of time and money into the ballgowns especially,” Clement said. “To see those colorful ballgowns waltzing across that stage is just beautiful.”

While most of the cast returned for 2022, this year’s production added new members to the chorus and replaced three main roles.

Tank Nelson is new to the ensemble this year.

“I was excited to come in and meet new people. It was a fast process, but everyone was so welcoming that it made it easy for me to catch on,” Nelson said.

The ensemble has a big role in this year’s production with no shortage of costume changes, choreographed dance numbers and improvised characterization to add a sense of atmosphere to each scene.

Nelson, along with ensemble members Madeline Core and Bethany Cantrelle, have grown up on the stage and consider it a home away from home.

“For me, the best part is always the people,” Cantrelle said. “These people are my family and doing things with them makes me happy. That’s why I come back every year.”

Cantrelle and Core were heartbroken when the show was cut short last year, but they are confident this year’s production will exceed expectations.

“A lot of work goes into these productions. It’s disappointing when you don’t get to show everyone the product,” Core said. “I like that we get to go over the same things as last year but also work with harmonies and make sure that everything that wasn’t perfect last year is so much better this year.  We’re really focusing on the details and refining those little things that make the biggest difference.”

Core teased that audiences who are only familiar with the Disney movie “Cinderella” are in for a few surprises.
“The original Disney movie was one story with one main character. The story kind of goes into the stories of the people around her with more depth,” she said. “It elevates the original story, and you get to see magic happen live and in front of you.”

Cantrelle added that Rodgers & Hammerstein’s Cinderella has a beautiful message that children and adults can relate to.

“Cinderella teaches kindness. She wants everyone in the world to be kind, and I think that’s a really good message for the world we have today,” Cantrelle said.

Clement described Cinderella as “a great story for our time.”

“When people come, they’re not going to see the campy, childhood fairy tale,” he said. “In this version of Cinderella, she is not the damsel in distress. She is a strong woman who is a victim of circumstance, and she’s not necessarily looking to be rescued by a prince.”

Tickets for Cinderella are available at www.riverparishtheatre.org and at Roussel’s Fine Jewelry & Gifts in LaPlace.