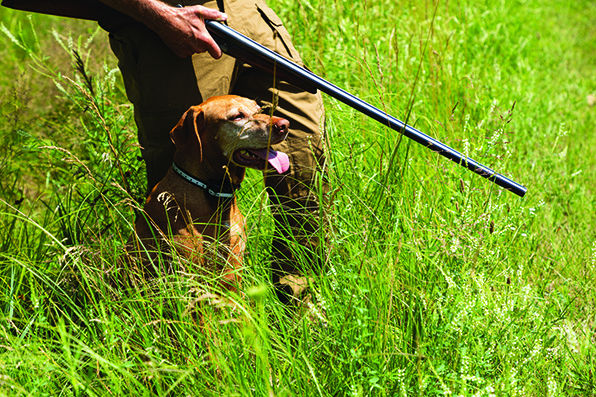 Does a Louisiana resident need a hunting license to shoot feral hogs on private property?

Feral hogs are the most reproductively efficient large mammal on Earth, and they can adapt to survive in nearly any environment, according to the Louisiana Department of Wildlife and Fisheries. Statisticians have estimated that due to the feral hog’s high reproductive rate, 70-75 percent of the population must be harvested to control the population.

Hog control methods used in Louisiana include recreational hunting and trapping as well as daylight and nighttime shooting by private landowners and aerial gunning via helicopter.

“Legal methods for nighttime take include any legal firearm which may be used with or without the aid of artificial light, infrared, or laser sighting devices, or night vision devices,” their website states. “Sound suppressors on firearms are permitted, but anyone using such a weapon must have a valid permit issued by the Bureau of Alcohol, Tobacco, Firearms, and Explosives in their possession.”

Anyone taking part in a night feral hog hunt must notify the sheriff’s office of the parish in which the property is located 24 hours in advance of any hunt or immediately upon taking a feral hog.

“You may not participate or be present during nighttime hunting activities if you have been convicted of a class three or greater wildlife violation within the previous five years or are prohibited from legal use of a firearm or participation in a hunting activity,” the site reads.

Feral hogs are found in all 64 parishes in Louisiana and the state’s feral hog population is estimated at 700,000.

What became of the truck convoy that was headed to Washington, D.C.?

The People’s Convoy — an activist organization started by truckers during the height of the COVID-19 omicron variant surge to protest mask and vaccine mandates — have been pushing for an end to the federal emergency declaration related to the pandemic they claim infringes on their constitutional rights.

The protests began in February 2022 with a trip from California across the U.S. ending in the nation’s capital in solidarity with the Canadian trucker protests that shut down their country’s government for about a month over vaccine mandates. The People’s Convoy set up camp at the Hagerstown Speedway initially and group members would make daily trips around the DC beltway causing road closures and traffic delays.

The convoy left D.C. in April and went back to the West Coast to focus on fundraising and state-by-state organizing efforts before heading back to the capital in May — at which time police blocked the truckers from entering the city by using garbage trucks and other heavy-duty equipment to control traffic near the interstate ramps.

That group has now left D.C., but another convoy claiming to be nurses, teachers, carpenters, plumbers, engineers, legal professionals, veterans and homeowners began a protest in that area on the Fourth of July.

The group, 1776 Restoration Movement, said they are Constitutional-Republic activists who made the convoy as part of a peaceful protest to restore the nation’s constitutional republic.