‘Everybody was his best friend’: Family seeks justice for Jaece 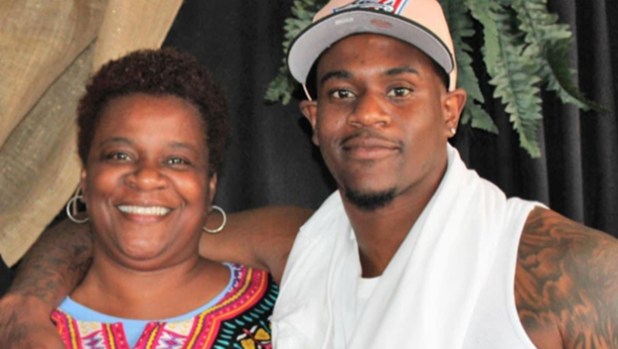 Rhonda Johnson, left, a native of Norco, is mourning the loss of her eldest son, Jaece Terrell Stroud. 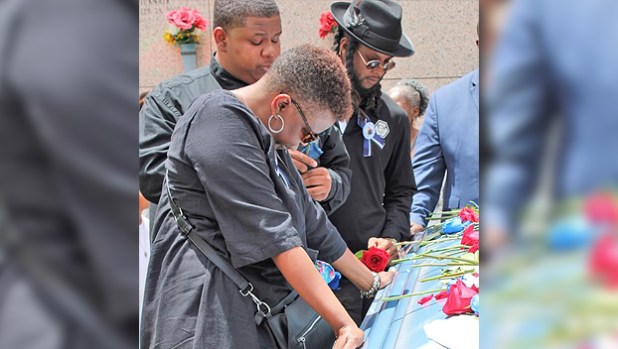 Those words were a familiar exchange between Rhonda Johnson and her eldest son, Jaece Terrell Stroud. They were the last words the mother and son would ever say to each other, unbeknownst to them at the time, as Jaece left his Norco home with a family friend on April 15, 2022.

That night, Rhonda got a call from an officer who said he was on his way to speak to her.

“I knew something was wrong,” she recalled. “When you get a call like that, your heart automatically starts racing. My first thing was getting on my knees to pray, please don’t let my child be dead.”

Around 10:15 p.m. on Good Friday, the St. John the Baptist Parish Sheriff’s Office responded to a shooting in the area of Windsor Boulevard in LaPlace. While attending a party in the River Forest subdivision, Jaece was shot multiple times during an altercation with a male subject identified as Jacobi Cage. Emergency medical services pronounced Stroud deceased at the scene.

He was 23 years old at the time of his death.

Cage, also 23 years old, was arrested early the following morning in connection to the shooting and charged with second degree murder. His bond was set at $1 million and subsequently decreased to $250,000. Division A Judge Vercell Fiffie is presiding over the court proceedings. At this time, the case has not yet gone to trial, and the defendant is presumed innocent until proven guilty.

Life feels as if it has come to a standstill for Rhonda since losing her son. Consumed by grief, she was unable to return to her job as a bus driver for St. Charles Parish Schools after the tragedy. It’s difficult to remain strong for her younger son, Jyde.

Jaece’s family and friends remember him as a humble, lovable young man with a big personality.

“He was the go-getter of the family, and he constantly went above and beyond for everybody,” Rhonda said. “That’s why this is so hurtful; Jaece is not the type of kid to end up dead. He was the kid who melted everybody’s heart. He was a genuinely good guy, and that’s what’s so hard to believe about this.”

Jaece graduated from Destrehan High School in 2017 and was working toward obtaining his commercial driver’s license. He was a former high school football player who was popular among his peers, and his family is realizing he impacted more lives than they could have imagined.

Jaece’s aunt, Phadria Taylor, works at the Vision Center in the LaPlace Walmart. On one occasion, a stranger approached her, inspected her name tag, and asked if she was related to Jaece Stroud. When she answered “yes,” the woman revealed that her grandson was Jaece’s best friend. When she traveled to Texas to meet her grandson’s newborn baby, Jaece volunteered to arrange her rental car and even got her a discount. She said it was always in Jaece’s nature to help out without being asked.

Another woman approached Phadria in the Vision Store and shared that her daughter remembered Jaece as a classmate who got along with everybody. Even this past Sunday in church, a lady shared that her grandson was another one of Jaece’s best friends.

“Everybody was his best friend. That’s just the type of person he was. That’s why this is so mindboggling,” Phadria said. “He wasn’t out to do anything wrong. He wasn’t out doing drugs and car jackings and shooting people, the kind of stuff you hear on the news every day. It’s so unbelievable that this happened to a good boy.”

She said the heartache is unimaginable, not only for the adults in the family, but also for the young cousins who Jaece shared a close bond with.

Family friend Lisa Parquet Hawkins said the tragedy has left a hole in the community not only because of Jaece no longer being here, but because of the tragic way that he left.

“Here we are almost three months later, and folks are still wanting to come together to pray for his mother and to show support for the family around such a big loss that has been created by this senseless act,” she said.

The community is holding a balloon release in memory of Jaece Stroud at 6 p.m. Saturday, June 25 at New Sarpy Park. Attendees are asked to bring yellow and blue balloons and lift his family up in prayer.

Rhonda will continue to attend every hearing to seek justice for her son.

“He loved his mother and I loved him more,” she said. “That was our relationship, and that was taken from me. I could scream every time I think about it.”