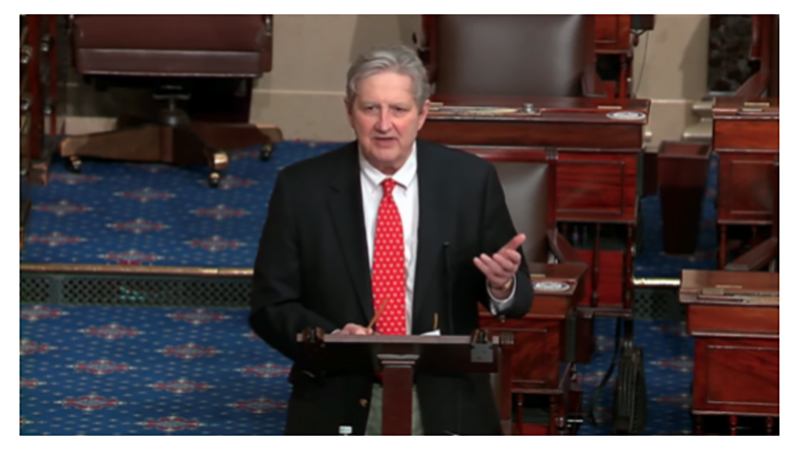 WASHINGTON – Sen. John Kennedy (R-La.), Sen. Bill Cassidy (R-La.) and Rep. Troy Carter (D-La.) have asked the Federal Emergency Management Agency (FEMA) to extend the August 2023 deadline for the city of New Orleans to use the $2 billion of FEMA public assistance it received in the wake of Hurricane Katrina. The money focuses on repairing roads and pipes damaged by the historic storm.

“Hurricane Katrina devastated our state, and Hurricanes Laura, Delta, Zeta and Ida have only slowed recovery and dealt their own blows. South Louisiana’s communities and economy need this $2 billion in FEMA aid to keep rebuilding what Katrina damaged, and I hope the agency gives the state an extension quickly,” said Kennedy.

The lawmakers cited the need for an extension.

“When Hurricane Katrina ripped through the Gulf Coast in August 2005 with maximum sustained winds of 175 mph, it killed 1,833 people. It took some 43 days after Katrina made landfall for the U.S. Army Corps of Engineers to pump the last of the floodwaters out of the city. Even a month later, up to 600,000 households were still displaced, and by the fall of 2006, less than half of the residents had returned,” they wrote.

“In the more recent years, New Orleans’ rebuilding has been challenged by the COVID pandemic and the unprecedented 2020 hurricane season that included Hurricanes Ida, Zeta, Barry, and Laura. . . . New Orleans’ need for an extension has been expected by FEMA for some time,” the lawmakers explained.

The letter is available here.