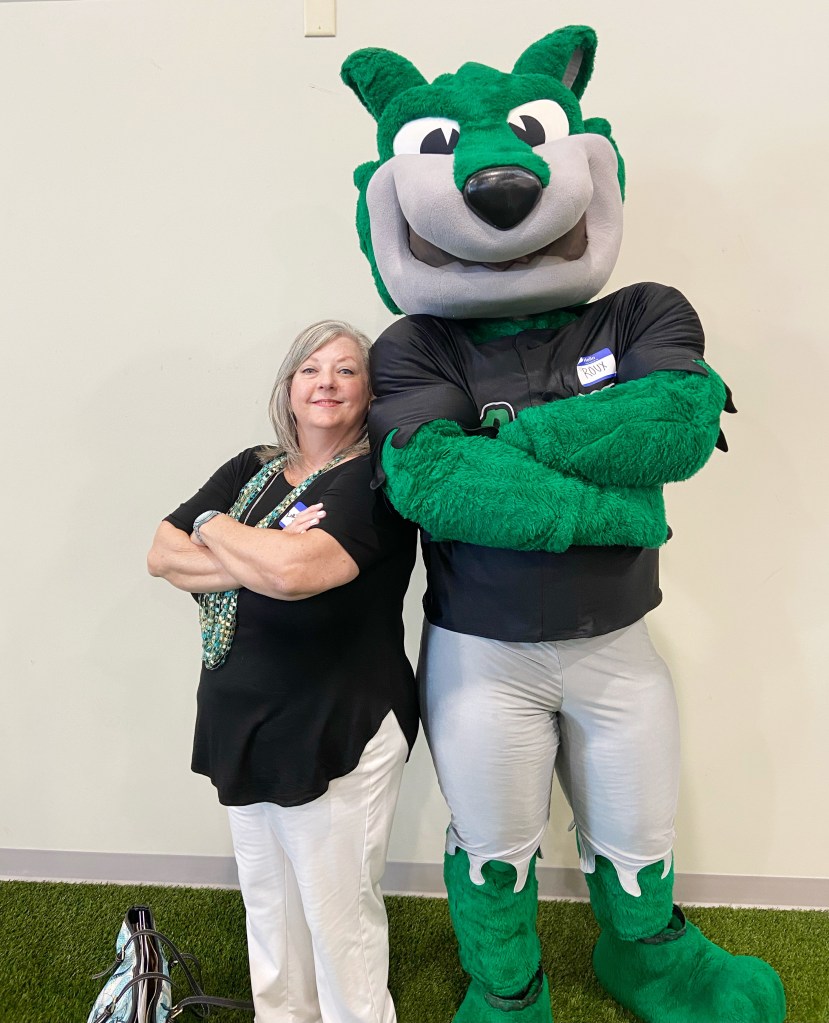 Lyons posts recaps of each game on the Rougarou social media accounts and writes weekly feature stories about the team.

“It’s kind of a summer gig; they only play in June and July, and my job is to write recaps after each game,” Lyons said.

Ronnie Rantz, who was announced as the new owner of the Baton Rouge Rougarou in March 2022, first reached out to Lyons in May about the open position.

Initially, Lyons was unsure of whether or not Rantz was offering her a job.

“He called me and told me what he was looking for to see if I had any ideas, and the first thing I thought of was, ‘well, why not me?’” Lyons said. “And then I kind of backed off because I felt like maybe he wasn’t asking me to do it, he was just asking if I knew somebody who could do it.”

Lyons told him she would think it over, but it wasn’t long before Rantz called again.

“A week later, he said, ‘Can we work something out, is there anything I can do?’ and I realized that he really did want me to do it,” Lyons said.

Despite some initial hesitance about losing some free time during her summer vacation, Lyons says she is enjoying reporting again after being retired for some time.

There are also some familiar faces for Lyons on staff. The Rougarou’s social media intern, Madison Dolive, was one of Lyons’ students during her first year teaching at Riverside Academy.

The Rougarou games are broadcast live online via video stream as well as a game cast that streams a play-by-play of the game for scorekeeping, so Lyons is able to work comfortably from home.

“It’s kinda fun. The first two nights were crazy because nothing worked the way it was supposed to. The game cast froze up and the live broadcast froze up,” Lyons said. “But you know, everybody’s got jitters to start and kinks to work out, so now it’s very smooth.”

For information on the Baton Rouge Rougarou baseball team, go to https://brrougarou.com/.