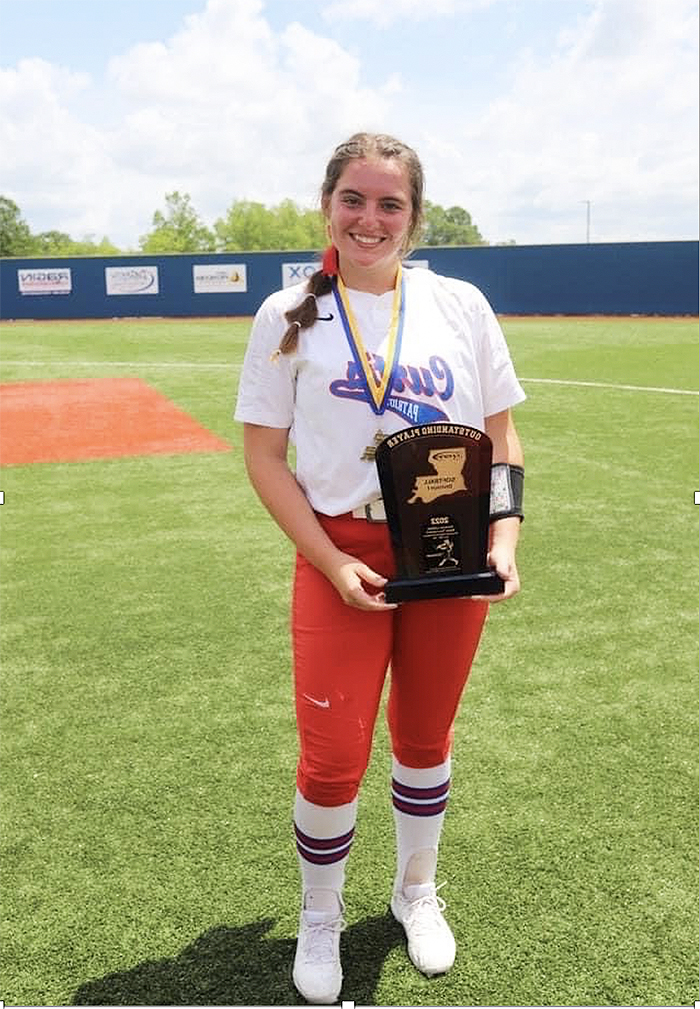 LULING — Madison Laiche is a lifelong resident of Luling. She is the granddaughter of Kenny “Gatorman” and Jill Schmill of Luling and the daughter of Shannon and Nora Laiche of Luling.

The junior lefty retired the final 16 batters with zero walks and only two hits in seven innings, earning her the Most Valuable Player Award!  Laiche used an effective screwball to strike out five in a row. She ended the game by striking out seven of the final nine batters. John Curtis took the win 4-1.

Throughout the season, Laiche pitched in 17 games for a total of 83 innings. Her record includes a total of 113 strike outs, her whip at .83, and walk ratio of 6-1. This season she pitched two shut-outs games and a no-hitter game. Her batting average is .454 including 37 hits and 40 RBIs for a total of 54 runs. Along with her impressive athletic ability, Laiche is an above average student having a grade point average of 4.0. She has been offered scholarships from six different colleges thus far. Laiche will be a senior next year, and her future looks bright. Her family is excited to see what next year has to offer.

St. Pierre strikes out 9 to send Comets to…