Troopers Seize Over $5.5 million Worth of Cocaine on Interstate-12 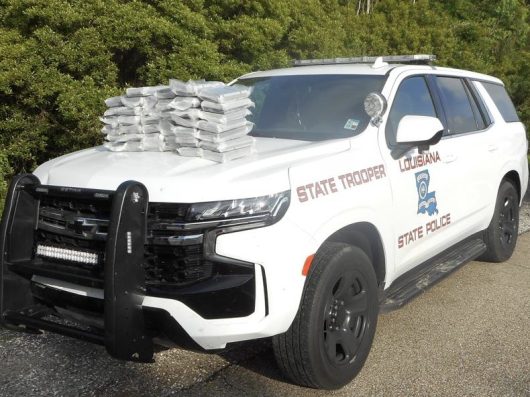 Covington – Yesterday morning, shortly after 6:20 a.m., Troopers from Louisiana State Police made a traffic stop on a 2005 Peterbilt 387 eastbound on Interstate-12 in St. Tammany Parish. During the course of the traffic stop, Troopers became suspicious of criminal activity and requested consent to search the vehicle. After consent to search was granted, Troopers were able to locate and seize 55 kilograms of suspected cocaine.

Louisiana State Troopers will continue to provide the citizens of Louisiana a safer community through proactive drug related enforcement and cooperative efforts with local and federal law enforcement agencies. Troopers will target local and multi-state drug trafficking organizations by enforcing all state and federal laws governing the illicit manufacturing, distribution, sale, and use of drugs.