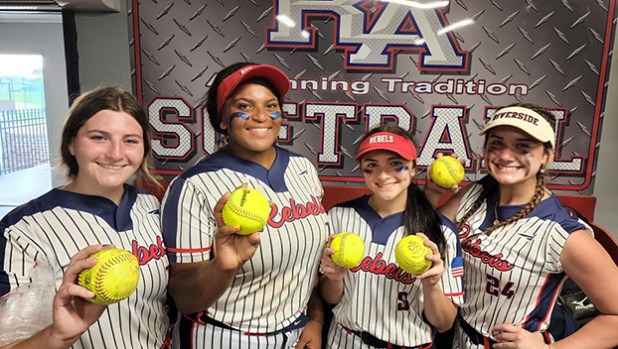 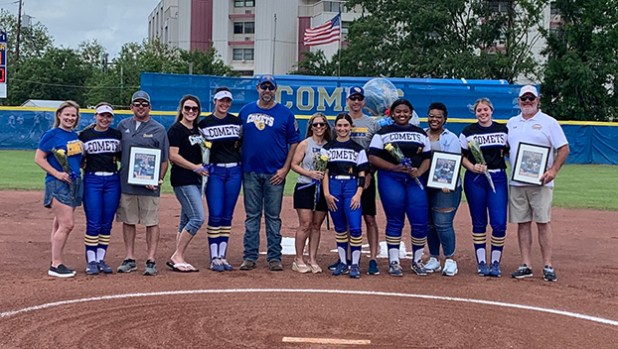 LAPLACE — The St. Charles Catholic and Riverside Academy softball teams will travel to Broussard this week to compete in the LHSAA softball state tournament. Semifinals will take place on Friday, April 29.

Following a first round bye, the second-seeded St. Charles Catholic softball team dominated No. 7 Pope John Paul II in the Division III quarterfinals. The Lady Comets came out with a 16-1 win. Madison Hebert had five runs batted in, while Kamryn Cancienne earned the win on the mound by striking out four.

St. Charles Catholic will face No. 3 Houma Christian in the semifinals. On the other side of the bracket are No. 1 Notre Dame and No. 5 Holy Savior Menard.

In Division IV, No. 3 Riverside Academy earned a spot in the state semifinals with a 9-5 win over Cedar Creek.

The Lady Rebels were powerful at bat. Camryn Loving led with two home runs, while Ava Fernandez, Alainah Felton and Corrin Cashio also sent balls flying out of the park. The five homers contributed to Riverside’s record-breaking 58 home runs and counting for the 2022 season.