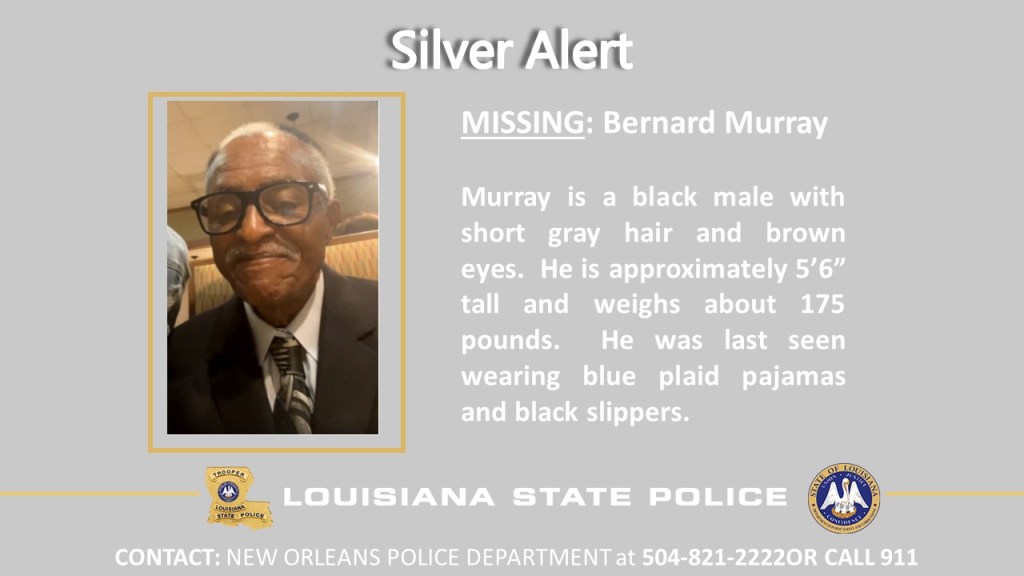 Update: Mr. Murray was found and is in good health.

New Orleans – The Louisiana State Police have issued a Silver Alert on behalf of the New Orleans Police Department for 88-year-old Bernard Murray.  Mr. Murray walked away from his home located on Milan Street in New Orleans. He was discovered missing around 11:00 a.m. this morning.

Murray is a black male with short gray hair and brown eyes.  He is approximately 5’6” tall and weighs about 175 pounds.  He was last seen wearing blue plaid pajamas and black slippers.