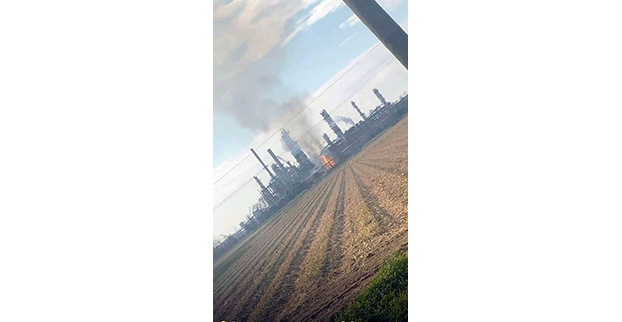 Of the six individuals, three were treated for minor injuries on-site. The other three were evaluated at a local healthcare facility out of precaution and were soon released.

Air monitoring was deployed in the community following the explosion. A Marathon spokesperson stated Tuesday morning that no hazardous level of emissions were detected, even after air monitoring was continued through the night as a precaution.

“The safety of responders, employees, contractors and the community are our top priority, and we will conduct a full investigation to determine the cause of the fire,” the spokesperson said.

The fire at the Garyville refinery began at approximately 9:30 a.m. Monday morning. The blaze was under control in about an hour, and all employees and contract workers were quickly accounted for.

The intersection of West Airline Highway and Marathon Avenue in Garyville was temporarily blocked to motorists as the St. John the Baptist Parish Sheriff’s Office responded to the scene.