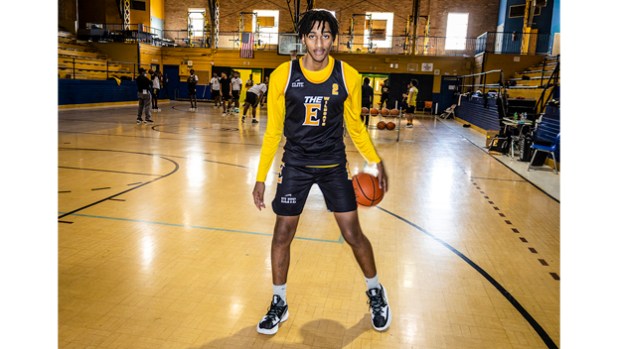 Senior Bryce Gilyot is one of the leaders on East St. John’s basketball team. 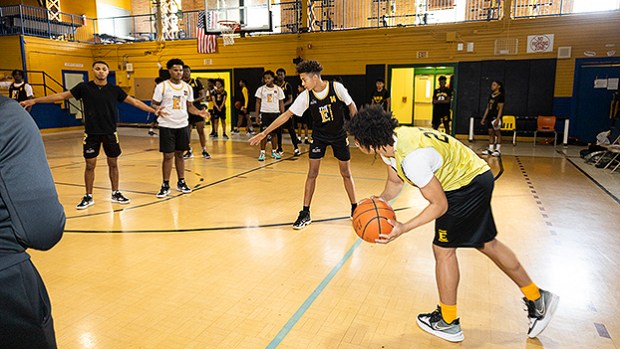 RESERVE — After capturing a share of the District championship with last week’s 52-50 win against Destrehan, the East St. John Wildcats are sailing into the first round of the Class 5A playoffs.

Ranked No. 15, East St. John will host a bi-district battle against No. 18 West Jefferson. Tip-off is at 7 p.m. Friday night at the West St. John gym.

Head Coach Antonio Broadway Sr. said the No. 15 ranking doesn’t tell the full story of East St. John’s success on the court this season. The boys are diving into playoffs with 26 wins and only eight losses.

Among the leaders on the court this year is Bryce Gilyot, a senior who is averaging 14 to 15 points per game.

One of the highlights of the season was scoring 28 points in the Wildcats’ 69-65 win against Donaldsonville in December. Gilyot also contributed 10 points during East St. John’s comeback win over Destrehan on February 15.

Gilyot has played basketball since seventh grade. He joined the high school team as a freshman and moved to varsity as a sophomore. He’s played under three different head coaches during his high school career, and he uses his experience on the court to serve as a role model for younger players.

“This year, I really took over and became a senior wildcat,” Gilyot said. “My accomplishments this year have been playing good, stepping up and helping the team get better to get into the playoffs.”

After graduation, Gilyot hopes to walk on to the basketball team at Southeastern Louisiana University. For now, he’s focused on closing out his high school basketball career with a state title.

“Last year, we won in the first round and lost in the second round against Zachary. This year, we have a higher seed. Hopefully we can win it this time,” Gilyot said.

A win against West Jefferson would likely place East St. John in a regional match-up against No. 2 Alexandria on March 1. This week, Alexandria is hosting No. 31 East Jefferson in the bi-district round.

East St. John has risen to every challenge in the aftermath of Hurricane Ida despite not having access to a home gym. Balancing practices and home games between the Leon Godchaux and West St. John gymnasiums, the boys have proved to be mentally strong in the face of adversity.

“I think being away from their home stadium has made them stronger,” Broadway said. “We were playing some of the top teams around the state and had a very, very tough schedule.”