Student of the Year Je’Nya Ketchens inspires through leadership 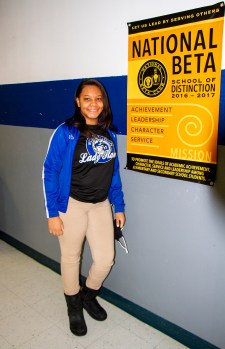 Je’Nya Ketchens is president of West St. John’s Senior Beta Club and a member of several other organizations on campus. 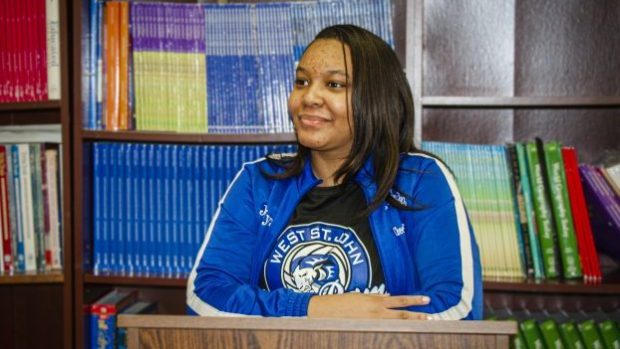 EDGARD — West St. John 12th grade Student of the Year Je’Nya Ketchens strives to be a role model who inspires her peers.

Known for being warm-hearted, reliable and bright, Ketchens is part of virtually every extra-curricular group on campus. She participates in robotics and DECA, in addition to cheerleading, softball and volleyball. However, her leadership abilities truly shine through in her role as president of Senior Beta Club and West St. John’s Student Government Association.

The Student Government Association is a new group on campus, and it’s an area where Ketchens feels she has made an impact.

In the aftermath of Hurricane Ida, Ketchens helped facilitate a partnership between the SGA and the West St. John Civic Association in order to obtain funding needed for homecoming decorations and catering. The funding also made it possible to host homecoming spirit week activities on campus.

“This is our first year having student government. It was something our teacher Mrs. Darville came up with because the students all wanted a say so. This committee is to help us feel like we have a voice and can change things. It’s boosted school spirit,” Ketchens said. “My role is to hear what everybody wants, organize it, and bring it to them.”

Ketchens was recently recognized by the St. John Parish School Board as a West St. John Star Student along with freshman Jayla Ezidore and junior Skylar Edwards. Principal Claude Hill said all three young ladies were selected as eighth grade student of the year in their cohort, and all of them are leaders among their peers.

“They are polite, respectful and outstanding people,” Hill said.

Eleventh grader Skylar Edwards said she looks up to Ketchens as a role model. Ketchens’ ability to balance academics with extracurriculars motivated her to join track for the first time this year.

“I saw the extracurriculars that she had, and I’ve always wanted to be that star student with good grades and athletics,” Edwards said. “If Je’Nya can do it, I can do it, too.”

Ketchens said her mother, Zelda Ketchens, has always pushed her to be involved at school and make good grades to open doors for the future. Regardless of the encouragement she receives, Ketchens is focused and self-motivated with the understanding that she is responsible for her own success in life.

After high school, Ketchens plans to attend either Southeastern Louisiana University or Southern University to major in business management. After obtaining her business degree, her next step is to attend Aveda Institute in New Orleans to pursue a cosmetology license.

Cosmetology has been her passion since she was a little girl playing with makeup kits.

“Having my license will allow me to have my own studio for hair and makeup,” Ketchens said. “I’ve always wanted my own business, so I won’t have to work for anyone. I want to work on my own time.”

To nominate a local student for a ‘Looks Bright’ profile, please email brooke.robichaux@lobservateur.com.