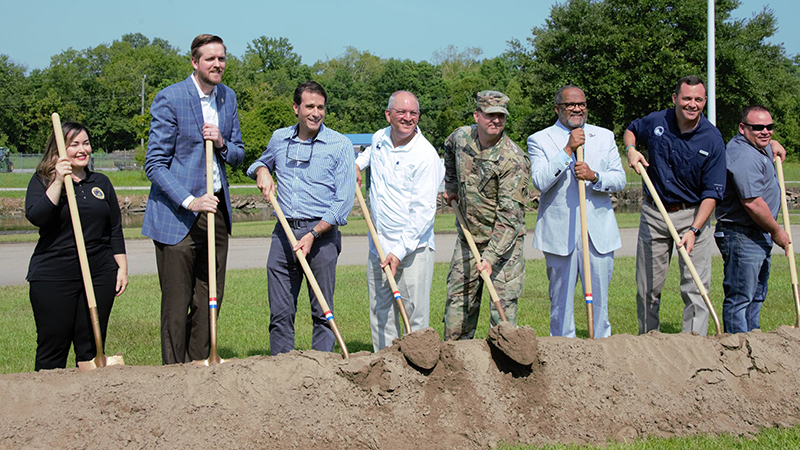 Since Hurricane Ida struck Southeast Louisiana on August 29, Graves has worked with the U.S. Army Corps of Engineers and the White House Office of Management and Budget to commit funds from September 2021 Hurricane Ida Recovery Legislation to support Louisiana’s most urgent flood protection needs.

Graves recently spoke to Louisiana native Shalanda Young, director of the White House budget office, about how Congress intends for the hurricane recovery funds to be spent.

“Within one month of Hurricane Ida making landfall, we were able to pass a law with billions of dollars in recovery funding and flood protection investments for Louisiana. After months of working with top Corps and White House officials, billions of dollars in key hurricane protection, flood control, levee improvements and dredging are on the way,” Graves said.

St. John the Baptist Parish President Jaclyn Hotard continues to work closely with state and federal officials and partnering agencies to move the levee project forward.
“I would like to thank the President and our Congressional Delegation including Rep. Graves, Rep. Carter, and Sen. Cassidy, for continuing to support the West Shore Levee Project,” Hotard said. “Additionally, I look forward to continuing to work with the Governors Office, The Coastal Protection and Restoration Authority, Pontchartrain Levee District and U.S. Army Corps of Engineers, on completion of a successful project. Today, we are one step closer to much-needed flood protection in St. John.”
Construction of the levee project is ongoing with completion slated for 2024. More information can be found at https://www.mvn.usace.army.mil/…/West-Shore-Lake…/.