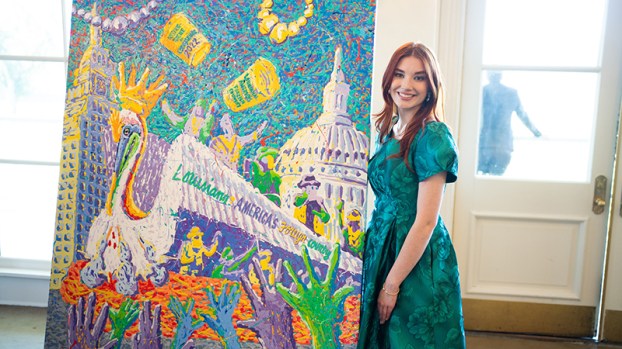 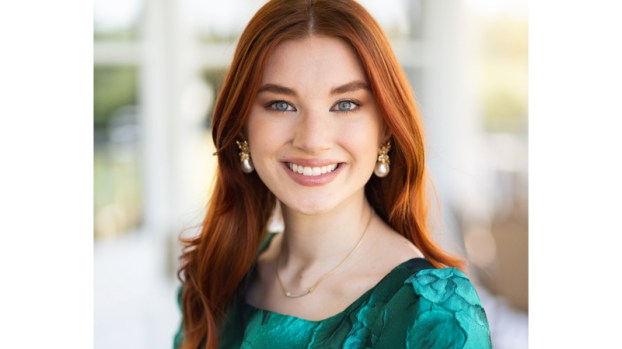 LAPLACE — Congressman Garret Graves has selected Madison Smith, daughter of Glen and Marilyn Smith of LaPlace, to serve as the Queen of Washington, D.C.’s Mystick Krewe of Louisianians this Mardi Gras season.

What began as a Mardi Gras gathering among Louisiana natives residing in the nation’s capital has evolved into a five-day celebration of the state’s politics and people. The tradition has held strong since the 1940s, drawing participation from members of the Louisiana delegation. Also attending the annual ball are more than 30 festival queens representing their respective parishes.

Madison will preside over the 2022 Mystick Krewe of Louisianians at the Washington Hilton Hotel in January alongside King Richard Lipsey, owner of one of the largest single-location firearms distributors in the country.

Madison is a 2018 graduate of Mt. Carmel Academy in New Orleans. She’s currently a senior at Louisiana State University majoring in Political Science Pre-Law with a concentration in law and legal systems.

As a wide-eyed 11-year-old, she watched her father preside as King over the 2011 celebration. During her senior year of high school, she was selected to attend as a princess in the 2018 Royal Court. Going back as the 2022 Queen gives her another opportunity to embrace this experience of a lifetime.

This year, Madison will host a luncheon at the Top of the Town Reception and Conference facility outside of Arlington, Virginia. The 2022 Mystick Krewe of Louisianians itinerary also includes dinner parties hosted by Louisiana-based companies, a dinner dance and a massive Mardi Gras parade in the basement of the Washington Hilton.

“It’s a very busy schedule. One of my favorite events in D.C. is going to the Arlington Cemetery to pay our respects. The King and the Queen lay a wreath on the Tomb of the Unknown Soldier, and we walk around to pay our respects to others who are buried there,” Madison said.

While many of the traditions are the same, each Mardi Gras Ball has a unique theme introduced by the commissioner. This year, Congressman Graves will share the 2022 theme, “Louisiana: America’s foreign country,” which pays homage to the world’s cultures reflected in the Magnolia State’s music, stories and lifestyles. Irish, African, French, German and Vietnamese influences are deeply embedded within Louisiana traditions.

Madison grew up in LaPlace and visited New Orleans nearly every weekend. The region’s culture is engrained into her identity, and she is grateful for any chance she has to serve as an ambassador for the place she loves to call home.

“This is the most unique experience I’ve witnessed in my lifetime. It’s mainly people from Louisiana, but people from all over the country and sometimes all over the world get to experience Mardi Gras through this event,” Madison said. “The culture of New Orleans itself is a big part of my life. I love the culture, the food, the music. I love the friendliness of our city. I truly think there is no other city like New Orleans. You couldn’t duplicate it if you tried. You could say the same for all of Louisiana.”

Madison’s appreciation for Louisiana culture extends to the legal systems that keep the state balanced. She has served as a Senate aide for her cousin, Louisiana Senator Gary Smith Jr.

“I thought it was so much fun to get an up close experience of what we do in Louisiana at the local and state level to create laws and help us create stability. I’ve gotten the opportunity to be in the Senate chambers in DC to see it on a national level,” she said.

Madison also has an array of volunteer experience, which began with her assisting with youth summer camps while at Mt. Carmel. She proudly participates in the G. Smith Motorsports Prom of Champions by helping terminally ill children pick out the formal gown of their dreams. She’s also volunteered for the G. Smith Children’s Christmas Celebration, which reaches more than 300 families in the River Parishes each year.