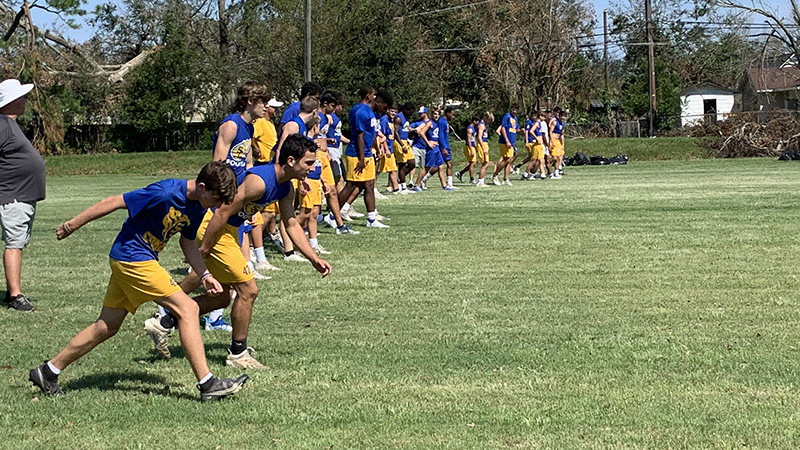 LAPLACE — As the region recovers from Hurricane Ida, St. Charles Catholic High School announced Monday that it will kick off football season with a game against De La Salle at 2 p.m. Saturday at the Tad Gormley Stadium in New Orleans.

The game was initially scheduled at home. However, damage to the stadium’s lighting forced a change in location. Coach Wayne Stein reported that most of the team is back in LaPlace, and the Comets have met for three practices since last Thursday to prepare for the first game of the season.

“We’re just trying to establish some sense of normalcy for our kids,” Stein said. “We do plan on returning home against Vandebilt Catholic for Week Five (October 1). The athletic facility did take some hits, but hopefully we can get some things corrected and get back. So far, it’s been a little better every day.”

Start of football season still in question for St.…