Sheriff reports death in St. John from generator use; 3 arrested for looting 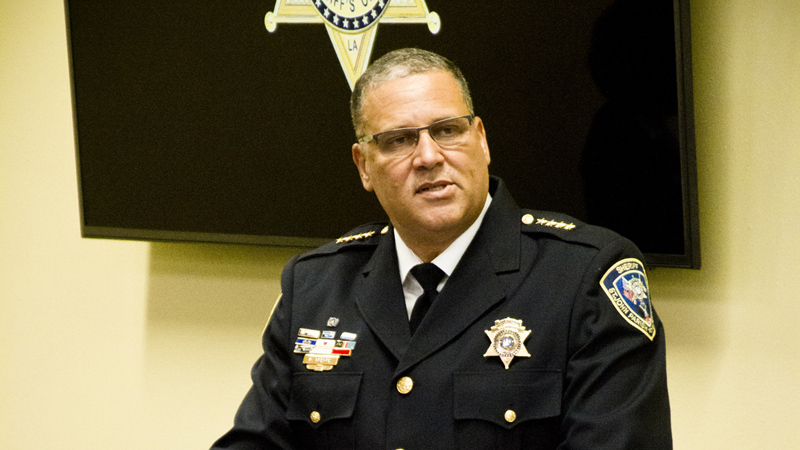 “We don’t have the immediate cause of death, but at this time, it appears to be because of a generator,” Tregre said. “He had it outside of his window, but somehow it appears the fumes may have gone into his bedroom while he was asleep. I’m asking residents to follow all safety precautions when it comes to emergency generators. Everybody is trying to get them, but a lot of deaths after storms happen because of generators.”

To avoid carbon monoxide poisoning, generators should be operated at least 20 feet away from your home, down-wind away from open doors, windows and vents. More safety tips can be found on video at https://youtu.be/7HsupqhBVis

Sheriff Tregre also announced that three looters have been arrested in St. John the Baptist Parish.

“I heard looters were caught in another parish and the bond was set at $1 million. In St. John Parish, the bond was at $25,000…$25,000 for some criminals who are trying to take advantage of citizens at their lowest point,” Tregre said. “Their bonds need to be higher. I wish I could set those bonds; they would be in there until Christmas. You’re taking advantage of people during a time when they’re suffering. We’ve got to send a message.”

Tregre said he will increase police visibility to help residents of St. John Parish protect their homes and their assets from unscrupulous individuals. A Louisiana Sheriff’s Association task force, Louisiana State Police, as well as officers from law enforcement agencies throughout the country have arrived in St. John Parish to help with patrols and recovery efforts.

“Looting is anticipated and expected. I know it’s not accepted, but it’s something that we have to deal with,” Tregre said. “To residents, if you see something suspicious, call 9-1-1. Watch each other’s backs.”

Tregre told evacuees returning to St. John Parish to prepare to “rough it.”

“The gas lines have been extremely long. We’ve had many fights, and I anticipate more of that today,” Tregre said. “The parish president and her team have been asking the gas stations to try to limit (what people take). You can’t load up 25 containers in the back of your truck. The others are getting antsy seeing you take more fuel than you probably need. Please be courteous. We are in this together.”

“We know gasoline lines are long. We are working desperately to get more fuel into the state to make sure that people have access to fuel for their vehicles and fuel for their generators,” Carter said.