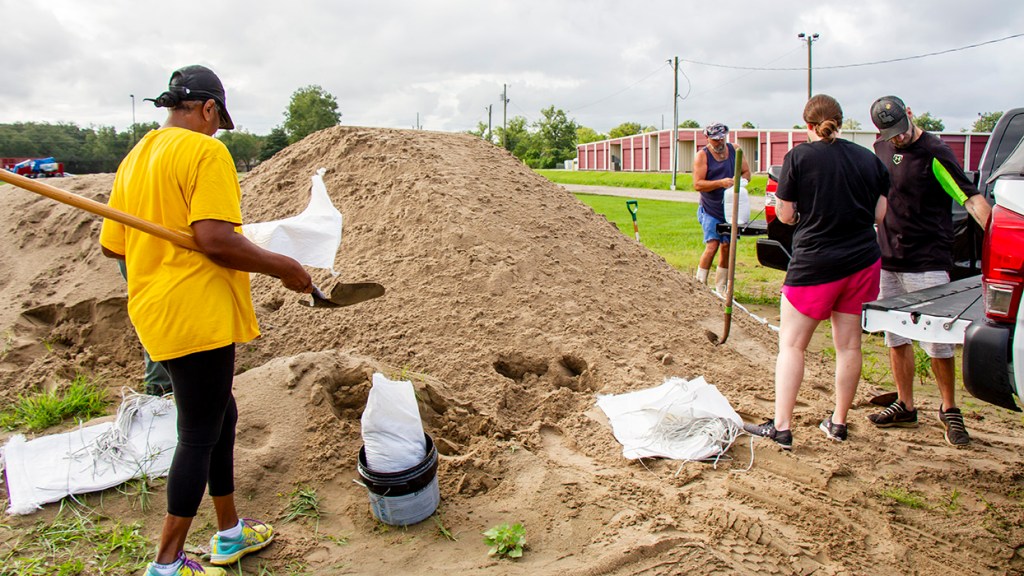 Locals prepare sandbags outside of the Community Center in LaPlace in anticipation of hurricane impacts.

LAPLACE — Preparations for Ida were underway as early as Friday morning in St. John the Baptist Parish as residents visited sandbag stations in anticipation of hurricane impacts.

“They’re out of town, and I know they flood in their backyard, so we’re coming to help them place sandbags while they are in North Carolina. Hopefully it doesn’t get too bad, but if it does, at least they’ll have some protection,” Camardelle said.

Friday morning advisories predicted Ida to make landfall along the Southeast Louisiana Coast as a major Category 3 hurricane with wind speeds of approximately 115 miles per hour.

A storm surge watch was issued from the Texas-Louisiana state line to the Alabama-Florida state line, encompassing Lake Pontchartrain and Lake Maurepas. St. John the Baptist Parish and Southeast Louisiana remain under a hurricane watch as of Friday morning, and the greatest impacts are expected between Sunday and Monday.

“I guess we are feeling anxious about it, just like every other storm,” Camardelle said. “It’s the unknown. We don’t know how bad it’s going to be or where it’s going to land. It’s better to be prepared and not need it than need it and not have it.”

St. John resident Doris Smith has had a busy morning preparing for the storm, but she maintains a positive attitude and believes in her heart that everything will work out the way it is supposed to.

“We cleaned all around the house and picked up the debris. We’re getting our sandbags like we normally do. We’re making sure our food inventory is what we need and making sure all of the children and our grandbabies are taken care of,” Smith said. “God is going to do what he’s got to do. He prepares us to prepare ourselves to handle it, and I’m ready.”

August through October is regarded as the peak of Hurricane Season as wind shear lessens and water temperatures rise. The statistical peak of the season is September 10.

In 2020, St. John the Baptist Parish fell into the cone of uncertainty of seven named storm systems. St. John resident Tim McMurry prepared for just about all of them, and the region was thankfully spared. With Ida’s current trend, McMurry is hoping for the best but preparing for the worst.

“I live in Belle Terre off of St. Andrews, and there is very poor drainage back there. A good thunderstorm will flood the street. With Isaac, we almost flooded, and the way this one is coming in, it looks like it would be the same,” McMurry said. “I think they are projecting 54-74 mph winds in our area, but if it takes a little jog either way, it could be a lot worse.”

McMurry is hoping for a fast-moving storm, since most of Isaac’s impacts resulted from the system stalling over Southeast Louisiana and dropping heavy rain for days on end. He plans to ride out the storm and feels confident that his family’s large trucks will be able to push through water on neighborhood streets.

The Emergency Operations Center at the Governor’s Office of Homeland Security and Emergency Preparedness (GOHSEP) has been activated. Emergency personnel are monitoring the potential storm and coordinating with FEMA and parish offices to prepare for landfall.

“This type of threat contains additional problems because the window to prepare is so short. By Saturday evening, everyone should be in the location where they intend to ride out the storm. Monitor the local news and updates from the National Weather Service and your local leaders, check on your neighbors, include plans for your pets, and stay safe,” Edwards said. 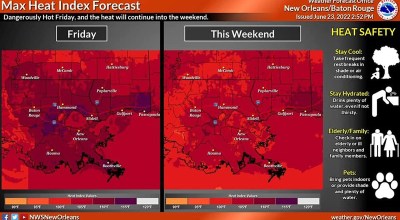 Coroner’s Update: COVID surge in May was much milder than anticipated