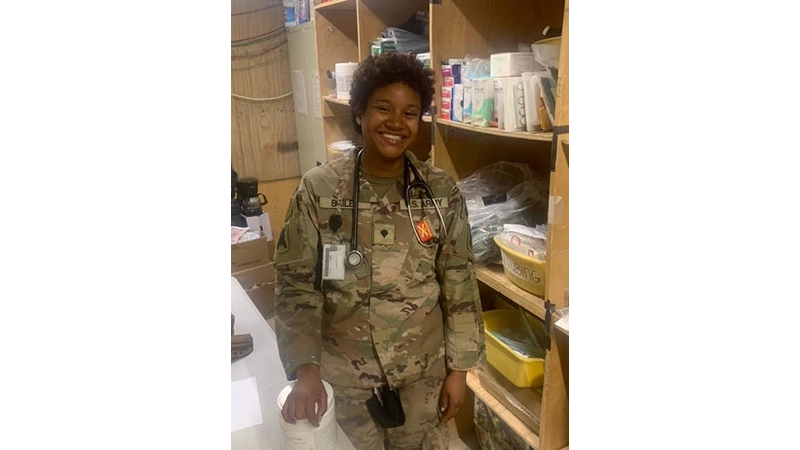 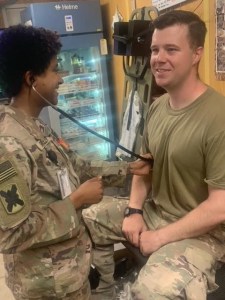 Briley is a native of New Orleans, Louisiana, currently serving her first enlistment with the LANG and this is her first deployment.

While deployed Spc. Briley works in the Battalion Aid Station and assists with daily sick call patients.  During her time at the battalion aid station, Briley assisted with the medical mitigations and testing of over 20 Soldiers during an E-Coli outbreak at her location. Her knowledge and experience assisted the preventive medical team get ahead of the localized pandemic.

Spc. Briley originally enlisted to pursue an education and career in the medical field, and sees her service with the LANG as a means to challenge herself physically, emotionally and mentally. Briley was raised to believe that challenges are paramount to personal growth. For her, acts of services are the cornerstone of being a contributing member of society.

Briley enjoys the structure that the military provides, the abundance of mentorship and the constant opportunity to better herself. Briley is constantly learning from her peers, whether it be medical technique, powerlifting form or even communication skills.

In addition to her peers and leadership, Spc. Briley also learns from her two older brothers who are also currently serving in Southwest Asia with her. One is a signal intelligence officer and the other is a master at arms. Her favorite traits of her older brothers are their adaptability, strength and empathy. As she continues her career she wants to mature into a leader who inspires positive change in the lives of her Soldiers.

Spc. Briley’s goals outside of the military are to earn her Bachelors of Science in Nursing and eventually settle into a career of medicine, Nurse-Midwife, and to start a family of her own.