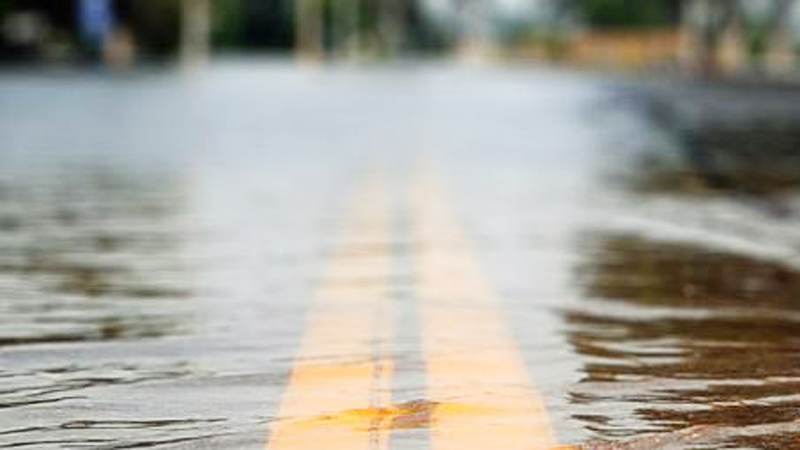 WASHINGTON, DC – U.S. Congressman Garret Graves and House Republican Whip Steve Scalise secured $19.3 million in funding for the construction of a key floodgate of the Morganza-to-the-Gulf Project in a newly released appropriations spending bill. This exclusive construction funding opportunity dedicated to Morganza through the Army Corps of Engineers was announced today by Graves and Scalise and the bill will be considered by the House Appropriations Committee in the coming days.

This designation of Morganza as a priority project builds on recent progress the two have made to advance this critical piece of Louisiana’s flood protection footprint. Earlier this year, Graves and Scalise announced that the Morganza-to-the-Gulf Hurricane Protection project would also receive $12.46 million in New Start Construction funding through the Corps of Engineers, which got the ball rolling on the pre-construction phase of the project.  Graves and Scalise co-authored a provision to make the project eligible for that new funding stream. This project’s eventual completion will provide the level of hurricane protection that citizens in Terrebonne and Lafourche Parishes deserve.

“It took years of leaning on the Corps and fighting the bureaucracy to break the logjam on Morganza but we have them actively engaged on seeing the project through. We’re making significant progress, which includes working with folks such as CPRA and the Levee Districts to utilize all available federal funding opportunities. This is a big step in getting the East Floodgate done – a key component of the Morganza project. And it builds on top of the commitment we secured earlier this year for $12.46 million in New Start Construction funding from the Corps of Engineers, which was the pre-construction phase that helped get us to this next step. We’ve worked with Rep. Scalise and state and local leaders to reimagine this project, cutting its price tag by nearly two-thirds and pooling nearly $1 billion in state and local funding to supplement our federal efforts. These efforts are resulting in major strides – proving that we can provide the hurricane protection that folks in Lafourche and Terrebonne parishes – all of South Louisiana – deserve,” said Graves.

“I applaud the House Appropriations Subcommittee on Energy and Water Development for including important funding for the Morganza-to-the-Gulf flood protection project, which will provide critical flood protection for the thousands of families and businesses who call South Louisiana home. I’m proud to have worked with Congressman Graves to secure these vital dollars and will continue fighting to ensure the Morganza project receives all the resources needed for its completion. This announcement is another step toward completing Morganza-to-the-Gulf and protecting the billions of dollars in economic activity transported through our state,” said Scalise.

“This $19.3 million is another huge step towards completing the Morganza Levee and Floodgate System. It is refreshing to see the Federal Government coming forward to fund this project. The people of Terrebonne Parish taxed themselves to build a system that has already protected this area and this system will only get better with Federal help. Thanks to our Congressional Delegation who made this happen,” said Gordy Dove, Terrebonne Parish President.

“People of Terrebonne appreciate the efforts of our Federal delegation, especially the efforts of Garret Graves and Steve Scalise. Morganza to the Gulf is the only project in the State to have the local and State match on the ground protecting the residents in the area. Approximately $600 million of State and Local funds has been spent and put on the ground for levees and floodgates, and $420 million has been spent from the BP Spill for the HNC lock which is currently under construction. People are tired of studies and expect to see their dollars put to work – and Morganza is an example of how the right decisions can make that possible. When Garret was in charge of the CPRA, we were able to strike a deal where any local dollars spent on the project was matched by the state. Without this deal, we wouldn’t have turned dirt on this project or reached this point, plain and simple,” said Tony Alford, Terrebonne Levee Conservation District Board President. “Morganza is shovel ready and permitted and we are excited to get our Federal Partner (65% cost share) participating with the State and Local (35% cost share) so we can complete this tremendous project in a timely manner. We are thankful to have received our OMB Number, the $12 million last year, and the $19 million this year so far.”

“The Morganza project has been in the works since 1992 when Congress authorized the Corps to determine what needs to be done for south-central Louisiana to have adequate protection. A big thanks to Congressmen Graves and Scalise for leading the way in each of these steps, and today’s movement is an incredible milestone in getting the construction started on the Morganza project,” said Reggie Dupre, Executive Director, Terrebonne Levee & Conservation District. “With the ‘New Start’ federal funding and today’s announcement, we are moving closer to our goal of having 100-year protection by 2035 so that our citizens have adequate protection they need and also get the financial benefit of lower insurance premiums. The point we have reached wouldn’t be possible without the leadership of our congressional delegation, the levee district, CPRA, our governors, and the citizens of these parishes who have taxed themselves to move the project forward.”

“I would like to thank Congressmen Graves for his hard work in securing this funding and for the work to get the Morganza system in the new start program with the Corps of Engineeers. Projects like Morganza mean that our economy can continue to grow and our residents can continue to flourish here knowing that we are protected by one of the best flood protection systems in the world,“ said Lafourche Parish President, Archie Chiasson.

“A floodgate on the intercoastal canal tying in the Morganza program to the Lafourche Ridge is substantial because it forms part of the comprehensive approach we need to take in coastal Louisiana. We would be able to protect the entire region with the lock. This is an example of the years of continued attention that Congressmen Graves and Scalise have given to dealing with flood protection and flood insurance needs of South Louisiana,” said Windell Curole, General Manager, South Lafourche Levee District. “The erosion and subsidence we see in the Barataria Basin is allowing water to get in the coastal area very quickly. This new construction will protect over 200,000 people. It is a great opportunity to provide some real hurricane and flood protection.”

Morganza-to-the-Gulf Project Description: The Louisiana Coastal Protection and Restoration Authority is requesting the Corps of Engineers to initiate and complete the engineering and design phase of the East Floodgate of the Morganza-to-the-Gulf Project, including, but not limited to, data collection and sampling, engineering and design, modelling, and other related services for the design of the structure. The Gulf Intracoastal Waterway (GIWW) East Floodgate is a major component of the Morganza-to-the-Gulf Project. Additionally, the design for this gate can be used again for the gate on the west end of the system, therefore reducing the need for additional design funding for the second gate. Nearly $1 billion has been invested in the Morganza to the Gulf System through local and state funds, with residents taxing themselves for over 20 years to build the project. The project will also protect an industrial base that supports 20 percent of our nation’s domestically produced energy and protect shipyards currently building vessels for the U.S. Navy, U.S. Coast Guard, NOAA, and NSF.