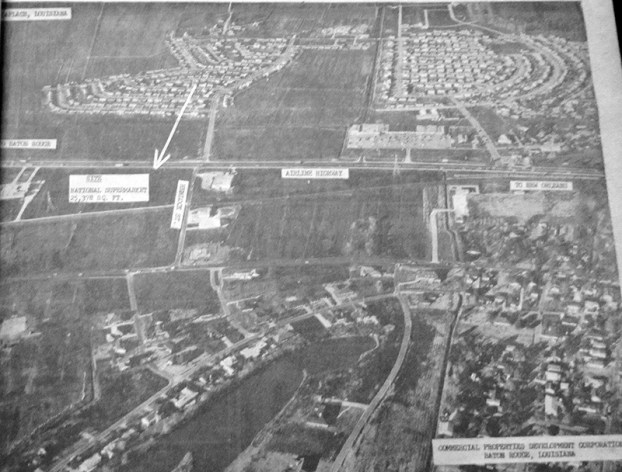 1972- The arrow in the upper left side of this aerial photograph points the site of the new 100,000 sq. ft.  shopping center to be built in LaPlace by Commercial Properties Development Corporation of Baton Rouge. Soil tests are now being made and construction will start in April on the first two stores, a 25,278 sq. ft. National Food Store, which will include a Kare Drug Store, and a 35,000 sq. ft. J.A. West Company-Gibson Discount Store, Wibur Marvin, president of the development company, said both stores are scheduled to open in the late fall of this year. Also shown in the photograph are the Carrollwood subdivision (upper left), Riverland Heights and the Riverland Shopping Center (upper right), Riverlands Estates (lower left and center) and part of old LaPlace (lower right.)