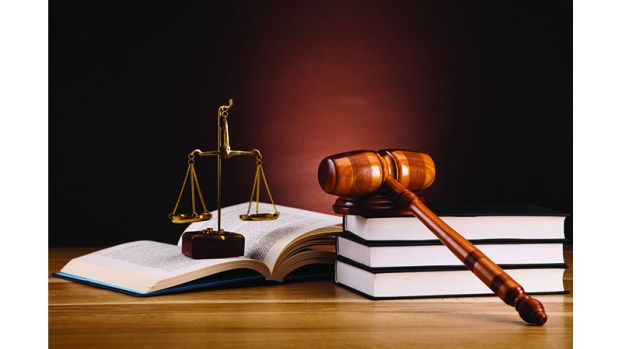 Keating was the thirty-third (33rd) defendant charged in the Government’s federal probe into the intentional staging of motor vehicle accidents with tractor-trailers and commercial vehicles in the metropolitan New Orleans area.  Thus far, twenty-three (23) of the thirty-three (33) indicted defendants have tendered guilty pleas in federal court.

According to today’s guilty plea, Keating was a personal injury attorney licensed to practice law in the State of Louisiana.  Keating admitted to conspiring with Damian Labeaud and others to defraud insurance companies, commercial carriers, and trucking companies in a scheme involving intentionally staging automobile accidents.

Labeaud referred staged accidents to Keating and other New Orleans personal injury attorneys for $1,000 per passenger for accidents involving tractor-trailers and $500 per passenger for accidents not involving tractor-trailers.  Keating advanced Labeaud thousands of dollars for these accidents and instructed Labeaud that he owed Keating a certain number of accidents based on the amount of money advanced.  For instance, on July 17, 2017, Keating gave Labeaud $15,000 so Labeaud could purchase a $15,000 Chase Bank cashier’s check to buy Mario Solomon’s truck.1  Additionally, on September 25, 2017, Keating wrote a $17,000 check to himself for “advertising” and used the proceeds to purchase a $17,000 cashier’s check payable to Labeaud.  The Indictment alleges Keating paid Labeaud another $12,500.00 in checks during the month of June 2017.

Keating admitted he knowingly paid Labeaud for thirty-one (31) illegally staged tractor-trailer accidents.  Keating represented seventy-seven (77) plaintiffs involved in the thirty-one (31) accidents staged by Labeaud.  Keating settled seventeen (17) of the thirty-one (31) staged accidents.  The Indictment charged that Keating and his clients received approximately $1,500,000 in settlement resulting from his representation of his clients involved in the staged accidents and that Keating kept approximately $358,000 in attorney’s fees.

Keating faces a maximum term of five (5) years imprisonment, a fine of $250,000 or twice the gross gain to the defendant or twice the gross loss to any person of the offense under Title 18, United States Code, Section 3571.  In addition, Keating faces a term of supervised release up to three (3) years after his release from prison.  Sentencing in this matter is scheduled for January 20, 2021, before Chief United States District Judge Nannette Jolivette Brown.

“Fraud, regardless of its scope and means of orchestration, is a serious crime. Especially egregious is fraud committed against the hardworking taxpayer by a member of our legal community, said U.S. Attorney of the Eastern District of Louisiana Duane A. Evans.”  This guilty plea sends a clear message that our office, along with our local, state, and federal partners, will continue to vigorously investigate and prosecute all such corruption cases regardless of status.

“Today’s guilty plea sends a clear message to individuals who choose to engage in fraudulent schemes that grossly impact automobile and health insurance industries.  They will be held accountable. Mr. Patrick Keating, a local attorney, took an oath to uphold the United States Constitution and the laws of the State of Louisiana, but instead, violated those laws and his oath in order to unjustly enrich himself by engaging in a scheme which resulted in the filing of fraudulent auto and medical insurance claims,” stated Special Agent in Charge Douglas Williams, Jr. ”I would like to thank the U.S. Attorney’s Office of Eastern District of Louisiana, Louisiana State Police, and the Metropolitan Crime Commission for their partnership and outstanding work accomplished during this investigation.”

CITGO Petroleum Corp. to pay over $19 million for its oil spill at Lake Charles Refinery