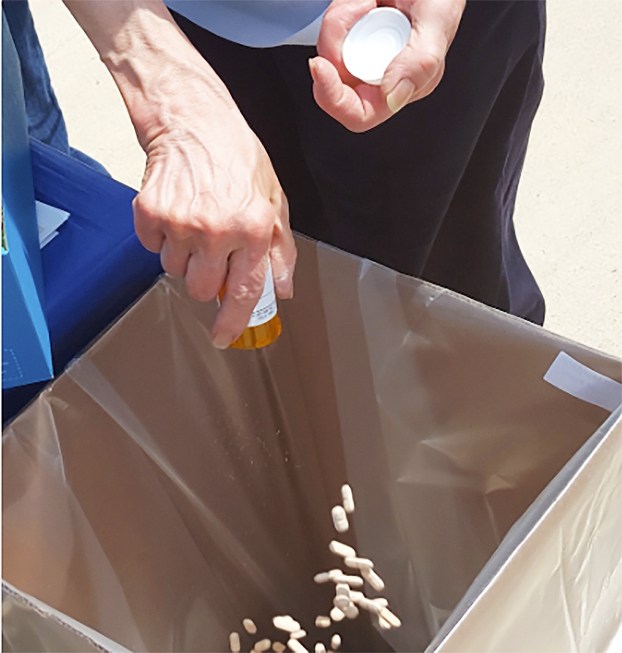 LAPLACE — St. John the Baptist Parish residents will have an opportunity to turn in expired and unused prescription medications from 10 a.m. to 2 p.m. April 24 at 104 Ormond Boulevard in LaPlace.

By bringing the Drug Enforcement Administration’s National Prescription Drug Take Back Day tradition to the local community, the 40th Judicial District Drug Court and the St. John the Baptist Parish Sheriff’s Office hope to reduce drug addiction and stem overdose deaths, which saw an increase in 2020.

Drug Court Program Director Albert “Ali” Burl III said this is the second time Take Back Day is being held in St. John. Locals are invited to drop off tablets, capsules, patches and other solid forms of prescription drugs.

Liquids, including intravenous solutions, syringes and other sharps, and illegal drugs will not be accepted. The DEA stated that vaping devices and cartridges will be accepted at Take Back Day locations, as long as lithium batteries are removed.

Increases in overdose deaths were recorded nationwide during the COVID-19 pandemic, according to the Centers for Disease Control and Prevention. The CDC reported that 83,544 Americans overdosed during the 12-month period that ended on July 1, 2020, signifying the largest amount of overdose deaths ever recorded in a 12-month period. While this trend appeared to have started prior to the global health emergency, overdose deaths seemed to accelerate significantly in the initial months of the pandemic.

Montegut has also recently become aware of a substance called kratom being sold at several smoke and vape shops in St. John the Baptist Parish. While legal, kratom is not considered safe or recommended by the U.S. Food & Drug Administration. The FDA reported that kratom impacts the same opioid brain receptors as morphine and “appears to have properties that expose users to the risks of addiction, abuse and dependence.”

Burl said Drug Take Back Day is mainly intended for expired or unused prescription medications. According to the DEA, studies indicate a majority of abused prescription drugs come from family and friends, making it essential to clear out unused medicine at home.

“The opioid epidemic began with unused prescription pills. If any medication is just laying around, it’s best to get rid of it before children would pick them up and start using them as a hobby that turns into an addiction,” Burl said.

Established in 2000, the 40th Judicial District Drug Court aims to stop the proliferation of drug-related crime by helping clients recover from addiction. The post-plea program is available to St. John residents who have been convicted of drug or drug related offenses. Clients are primarily first or second time offenders who have been approved by the district attorney and accepted by treatment providers.

The COVID-19 pandemic presented challenges for Drug Court operations, according to Burl.

“We kind of put a strain on drug courts because there was no penalty for using. We couldn’t send them to treatment or to jail, so they were still able to continue to use. We were in a situation where we had to have them start coming in and take drug tests more regularly,” Burl said.

Drugs courts are now transitioning back to a sense of normalcy as treatment facilities reopen. Clients are attending individual therapy sessions with social distancing, and group therapy sessions have been conducted via telehealth video conferencing technology.

“Meeting with counselors and doing group therapy and individual sessions makes the client have to dig deep down in how the use of drugs over their life span has harmed them and others around them,” Burl said.

NORCO — Shopping for beads, gifts and décor at the Arc of St. Charles Throw Me Something Mister Mardi Gras... read more