St. James relying on players to step up 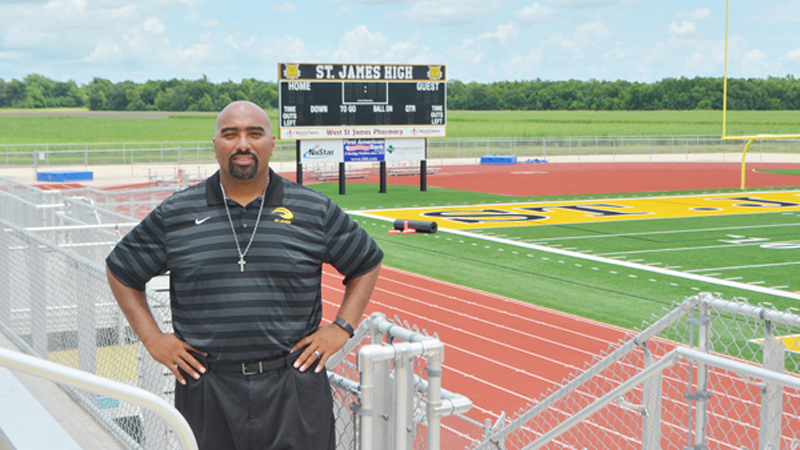 ST. JAMES PARISH— St. James is the defending the Class 3A state champion after winning all 10-regular season games and five more in the playoffs.

“Last year was a senior-laden team,” St. James coach Robert Valdez said. “That was my fourth year at St. James, so those kids had basically come up with me since I’ve been here and were able to put a magical 15-0 together. We played some tough opponents and everything lined up for us.”

Valdez said that the Wildcats will be relying on players to step up this season.

“We’ve got some talent,” Valdez said. “We got kids with experience. We’ve got 12 seniors, so we’ll be relying on guys to step up. We’re replacing a QB that won every possible award.”

Last year’s quarterback was Shamar Smith, who signed with Nicholls State University, and was a four-year starter.

Valdez said that replacing him will be very tough.

Junior Marquell Bergeron is this year’s signal caller and someone they believe in.

“Athletic kid, who’s been in our system for a couple of years,” Valdez said. “He was our backup quarterback last year. He can throw the ball well and he’s very elusive with his feet. He’s a kid that gives us an athlete at quarterback and can make plays with his legs.”

One of the players Bergeron will be throwing to is junior Shazz Preston, who is a returning all-state receiver. Valdez said that Preston has offers in the SEC.

Valdez said that Preston gives them that playmaking ability and is somebody to get the ball to, make plays and a player the defense has to account for.

Valdez said his team has some great athletes this year who will be able to contribute because more teams will try to take Preston away.

Junior Daniel Jupiter is a running back.

Kaden Williams is a running back/wide receiver and a guy who can do both.

Valdez said Jupiter and Williams are very athletic players and that they look to incorporate both offensively.

The offensive line is young. The Wildcats played three freshmen last year, who Valdez said will probably be more seasoned this year.

Senior left tackle Jaquon Jones is an all-state returning starter to the line.

Senior Chase Roberts lines up at left guard and junior Adam Baptiste is a guard/center.

Switching to defense, Valdez said that most of the offensive line also plays on the defensive line.

The unit is led by LSU commitment Saivion Jones, who is at defensive end.

Philip plays the other defensive end spot and Jenkins starts at nose tackle.

Valdez said that Brown is not big, but is a (former NFL linebacker) Sam Mills type of player and a great kid.

In the defensive backfield, Keyshawn Coleman plays strong safety/outside linebacker. Valdez said he has blazing speed and he helps give them speed off the edge.

The cornerbacks are seniors Joel Cooper and Carlos Price.

J’Kory Ester is a free safety and Tyrese Batiste plays outside linebacker.

“We’re relying on our speed and athleticism. They can all run and that’s our mantra for our defensive backs,” Valdez said.

Valdez said he made a 45-yarder in the state title game last year and averages 45 yards per punt. Valdez said that Mahler is always kicking the ball in the end zone on kickoffs. 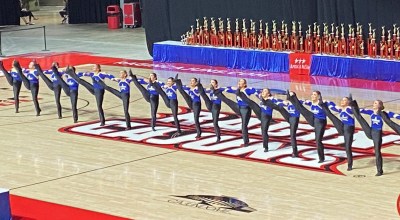 West St. John is young, but has experience going…