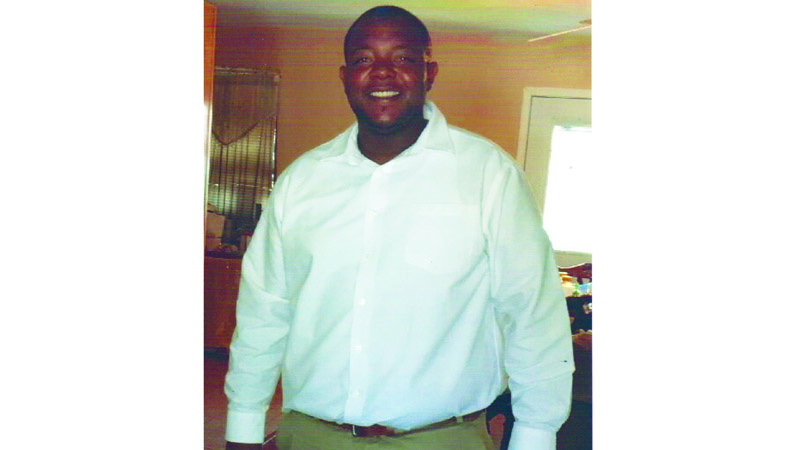 Marc Davis of LaPlace was killed in an altercation with Petal, Mississippi police in June 2017.

PETAL, Miss. — An outcry against police brutality and excessive force has swept the nation and brought new attention to a 2017 case involving a LaPlace man who was killed during an altercation with police in Petal, Mississippi.
Marc Davis, 34 at the time of his death, was fatally shot by Petal police officer Aaron Jernigan on June 2, 2017. Davis was involved in a car crash, and he repeatedly called 9-1-1 for an ambulance prior to police arriving on scene.
In September 2019, U.S. District Judge Keith Starrett ruled that Jernigan was protecting himself when he shot Davis. Jernigan reported that Davis had assaulted him, refused orders and attempted to grab his gun.
Last week, the Fifth Circuit U.S. Court of Appeals upheld Starrett’s ruling that the shooting was justified, according to a report from the Associated Press.
Catherine Davis of LaPlace said almost all of her knowledge of her son’s case has come from Mississippi news outlets, and there are countless unanswered questions keeping her awake at night.
Catherine found out of her son’s death through a news report after she recognized the crashed vehicle in a photo. The St. John the Baptist Parish Sheriff’s Office was instrumental in getting her in touch with Petal authorities, who confirmed her son was dead.
She will never forget calling the coroner to identify Davis by the name tattooed on his chest. Over the phone, the coroner said, “Wow, he’s a big one.”
“I was saying to myself, he’s not an animal. He’s not a prize deer that somebody killed,” Catherine said. “That just broke my heart. I just wanted my baby home. I find myself constantly feeling like I have to humanize my child.”
Davis was a truck driver and a 2001 graduate of East St. John High School. He and his wife, Yoshanta, had five daughters who ranged in age from 2 to 15 years old at the time of his death.
Yoshanta filed a wrongful death lawsuit in 2018 that attested Jernigan used excessive force and did not give a warning shot. JudgeStarrett threw out the lawsuit on the grounds that the shooting was justified.
Catherine wants to know what occurred after the recorded 9-1-1 calls where her son asked repeatedly for an ambulance. She questions why no traffic cameras, dash cameras or witnesses captured the chain of events on video at a busy intersection. 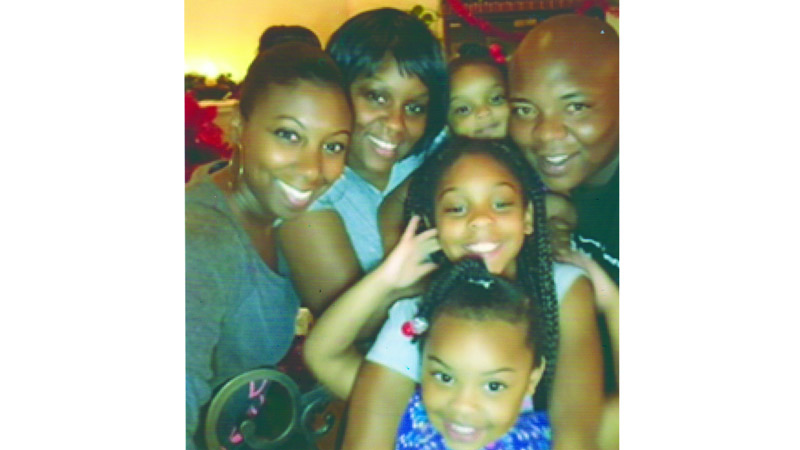 After learning that her son was shot in the chest, neck and back, she questioned whether the three gunshots were excessive.
“It just seems to me that someone with their back to you is not a threat to you,” Catherine said. “All these things and more is cause for them to reopen this investigation.”
One witness, Brittany Jefferson, said she saw Davis lying on the ground, surrounded by three men. While stopped at a red light on June 2, 2017, she observed Davis stand up with his hands stretched at his side as an officer drew his pistol and pointed it at him. According to Jefferson’s account, Davis took what appeared to be one small step toward the officer before three shots rang out.
Jefferson was never interviewed as a witness despite posting comments about the incident on local outlets. She has recently spoken out about Davis’ death on social media.
Witness Bryan Lee was on his way to Walmart when he saw Jernigan and Davis wrestling for the officer’s gun. He reported that Jernigan shot Davis with a taser and wrestled him to the ground. Lee said he kept Davis pinned to the ground until Jernigan told him to get off. According to Lee’s testimony, Davis refused Jernigan’s verbal commands to stay down and started advancing toward him before the shots were fired.
In a 2017 statement, according to the Mississippi Free Press, Lee recalled shouting, “Why did you have to shoot him? We had him.” In 2019, Lee said that, looking back, he believes Jernigan had no choice but to use lethal force.
Catherine has never seen a full autopsy report to confirm whether Davis was tased before he was shot. She feels she has very little information to piece together the sequence of events.
“I just want justice for my child,” she said. “My child did not deserve to die like that, and I think about it all the time. He died alone. He was already hurt.”
She continued, “The cop cannot be the judge, jury and executioner. We have a judicial system. Why do they think they can circumvent that system? I’m not saying it always works correctly, but it’s in place. If they felt he needed to be arrested, arrest him. He would still be here with me.”
Catherine is thankful to see renewed interest in the case among her social media friends. For now, she has to hold onto the memory of Davis. She remembers he had the biggest laugh and the greatest smile. He was never one to miss a family gathering.
“Marc was a jokester, and he was just so happy all the time,” Catherine said. “He kept everybody happy and upbeat with his jovial personality. He also loved the Lord. Marc had started a relationship with God that was awesome.”
She remembers Davis telling her, “Mom, people often act according to their minds, but God knows the heart.”