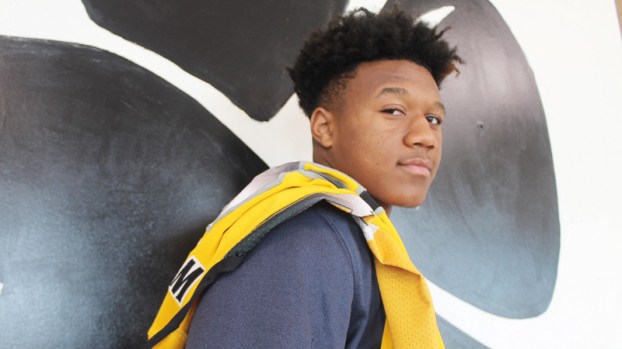 RESERVE — One thing is certain: East St. John outside defender Jackie Marshall has a collegiate football career in his future.
He’s gotten offers from 20 schools across the country, and he recently narrowed his prospects down to a list of five options.
“I’m blessed to be in the position I’m in,” Marshall said. “I want to take the time to thank everybody that’s helped during this process and all the schools and coaches that have been in contact with me. With that being said, I want to announce my top 5 schools that I want to focus on moving forward.”
Baylor University, University of Houston, Texas Tech, Louisiana Tech and Oklahoma State made the list.
Marshall has also received offers from Arizona, Colorado, Kansas, Lamar, Louisiana, University of Louisiana at Monroe, Memphis, Miami, Michigan State, Nicholls State, Northwestern State, Ole Miss, South Alabama, Southeastern and Washington State.
Football has motivated Marshall to change his life for the better.
Wildcats Coach Brandon Brown spotted Marshall in the hallway in 2018. At 6-foot-3 and over 200 pounds, Marshall towered over his classmates, and Brown questioned why he wasn’t on the football field.
Academic performance was keeping Marshall from taking part in athletics. He made a commitment to Brown that he would get the work done in the classroom so he could gain eligibility on the field.
Hard work paid off, and Marshall was able to play in the 2019 spring football game. He made his debut as a junior during the 2019 fall football season and quickly made an impact that attracted the attention of scouts around the country.
“The easiest thing is to give up on a kid. But that’s not my code,” Brown told L’OBSERVATEUR in August 2019. “We were able to treat him as he could be, not as he was. At the time, he was just a big kid who was ineligible. Now, he could be the next big guy to come out of East St. John. He rose to the occasion. He did everything we asked of him.”
Marshall will graduate from high school in 2021.

ST. JAMES — The St. James Wildcats clutched their first state title since 1979 when they won the 2019 LHSAA... read more