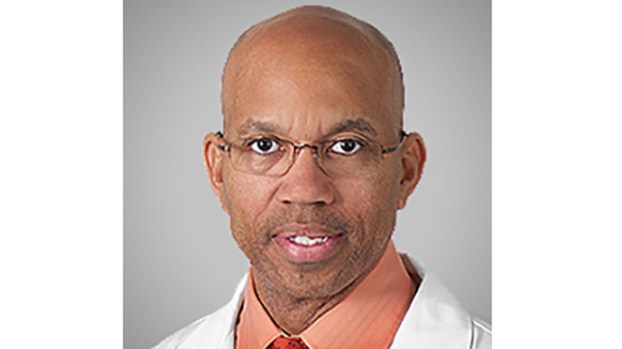 The impact of the virus is of interest to Ross, who has dedicated his life to caring for senior citizens.

Ross knew from a young age that he wanted to be a physician. He went on to earn his bachelor’s degree at Xavier University and his medical degree at LSU School of Medicine. His career has included 11 years practicing medicine in LaPlace. He now specializes in internal medicine with JenCare.

His work focuses on value-based medicine with a priority to keep patients healthy rather than just treating them for symptoms once they become ill.

According to Ross, keeping the public safe from the coronavirus has been a challenge because it’s new and therefore unpredictable. Health experts are learning more about the virus every day and hoping to answer a question that has been at the forefront of the pandemic: Can a person become infected twice?

Ross pointed out that there are some recent reports from South Korea of people who have tested positive for the virus, recovered and tested negative, only to test positive again a short time later.

“We don’t think people are getting re-infected, but we’re not sure being it’s such a new virus. It could just be a reactivation of the virus,” Ross said. He related it to how a person who once had chickenpox could develop shingles when the dormant virus inside the body reactivates.

“When you have shingles, the virus goes to sleep inside your body, and it just wakes up at some point,” Ross said.

He added that health experts are still trying to answer whether having the coronavirus once would give a person immunity in the future. An antibody test would be helpful in determining if a person who had exposure to the virus has developed any immunity, according to Ross. Unfortunately, antibody tests are not being offered to the public at this time.

Individual immunity could play a role in developing a vaccine, but that is also more than a few months down the road.

“It usually takes 12 to 18 months to develop a vaccine. Needless to say, everything is being fast tracked right now, but what I’m hearing is we’re still a good nine to 12 months away,” Ross said. “Unfortunately, that’s why we won’t be able to return to what everybody knew as normal anytime soon, until we can immunize a great portion of the population.”

To boost immunity, some are turning to zinc and vitamin C. However, Ross said exercise is one of the most overlooked and efficient ways to boost one’s immune system. Taking a brisk 30-minute walk a few days per week is enough to bring health benefits.

As the COVID-19 situation develops, doctors are finding symptoms range beyond fever, cough and shortness of breath. According to Ross, loss of sense and smell, diarrhea and chest pains have been reported by some patients who tested positive.

Patients who test positive for COVID-19 are generally in the clear after a 14-day quarantine. However, Ross mentioned there have been some exceptions to this rule, so it remains important to show care around vulnerable populations after reintroduction to the general population.

If a child shows symptoms such as fever, Ross recommends calling the family pediatrician instead of going straight to a testing site or hospital.

“They would probably instruct you to lower the fever with (over-the-counter) medicine,” Ross said. “Treat it like you would normally treat a fever. If it goes down, you’re fine. If not, you can always take further action.”

As part of its “Cane’s In The Moment” series, Raising Cane’s is hosting a virtual concert at 8 p.m. Friday,... read more