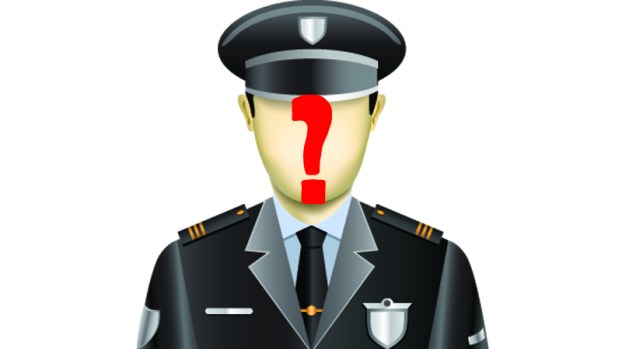 NORCO — On Sunday, just prior to midnight deputies received a complaint related to someone impersonating a police officer on I-10 Westbound at Mile Post 215 in St. Charles Parish.

While investigating, police learned that a black colored Dodge Charger with dark tinted windows, using red and blue emergency lights, pulled over a vehicle on I-10 for speeding. The  suspect is described as a white male, approximately 5’9” to 5’10” tall, approximately 200 lbs, with brown shaved hair on the sides, no facial hair, and was clad in a police style uniform with a police style utility belt. The uniform was described as royal blue  with a star shaped badge, and a blue baseball cap. A large Chinese symbol was said to be tattooed on the alleged officer’s neck.

The complainant advised that the alleged officer had removed her from her vehicle, claiming that he smelled Marijuana and was going to search her vehicle and her person for drugs.

After questioning the Officer about the search he was performing, the complainant advised that the Officer returned to his vehicle and drove away.

Sheriff Champagne would like the public to know, if you have any questions about the legitimacy of an emergency vehicle with no markings pulling you over, consider a few options before stopping:

• Slow down, make sure you are in the right lane if traveling on a multilane roadway, and utilize your emergency flashers so that the operator of the unmarked emergency vehicle knows you see them.

• Call 911 and inform the dispatcher of where you are. Often, they will be able to confirm if the unmarked emergency vehicle is an actual police officer attempting to pull you over.

• If possible, find a populated public area to pull over.

RFK holds ‘Lunch with the Librarians’