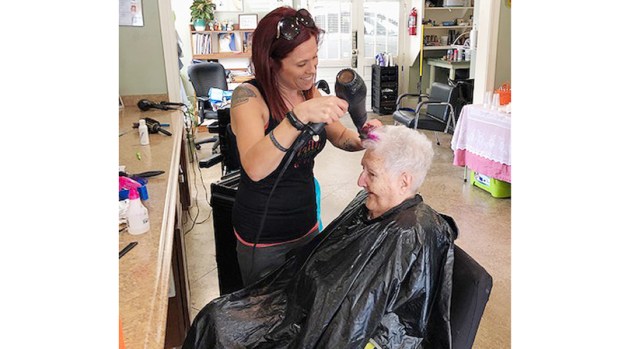 LAPLACE — The Perry’s Posse’s Fourth Annual Pink Dat Day held Saturday at Judy’s Salon Central in Reserve was a huge success, according to organizer Joan LeBouef.
“We collected $360 dollars from women and men who honored breast cancer fighters by donating $5 per pink strip in their hair,” LeBouef said.

LeBouef added that all monies collected would go to help cancer patients in treatment.

All tips collected during Saturday’s fundraiser were included in the donations. Perry’s Posse would like to thank all who came out to help in this fundraiser, especially Jessica LeBouef and Judy Trosclair, the owner/operator of Judy’s Salon Central.

RFK holds ‘Lunch with the Librarians’