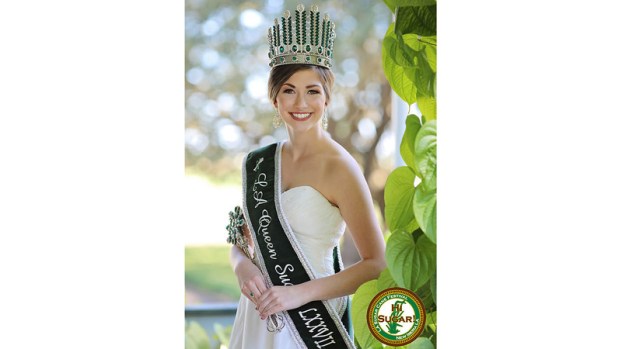 NEW IBERIA — Janet Lee Nelson of LaPlace, 21, has had a marvelous year as the reigning Louisiana Queen Sugar LXXVII. She will reign over the Louisiana Sugarcane Festival and Fair Thursday through Saturday in Historic Downtown New Iberia. She will crown the next Queen Sugar before the weekend is over.

The first time she saw her reflection in the mirror wearing the beautiful Queen Sugar crown, Nelson was brought to tears. She was grateful all her hard work had paid off in a crowning moment, but she realized it was only the beginning of an immense responsibility.

Nelson’s planner quickly filled with opportunities to travel across Louisiana and represent the hardworking farmers that keep the sugarcane industry thriving in St. John the Baptist Parish and beyond. One of the most humbling experiences was her involvement with the Very Special Miss Louisiana Pageant, held in Tangipahoa Parish.

“Seeing their smiles light up the room and the pure joy each young lady had was so rewarding and there was not a dry eye in the crowd, including my own,” Nelson said.

Nelson also had the trip of a lifetime to Washington D.C., where she met with members of the Senate, Congress and state representatives to discuss agriculture related topics.

As her reign draws to a close, Nelson encourages the next queen to gain as much knowledge as possible about sugar and the industry, travel as much as possible, make friends, get to know King Sucrose and take lots of pictures.

“I hope that I have made you all proud and was able to be the best representative and advocate this past year for the sweetest industry in the state,” Nelson said.

Emma Palermo will represent St. John the Baptist Parish at the Louisiana Queen Sugar Pageant this weekend for a chance to become the next queen.

PHOTO FEATURE: Excellence in our schools

Students earning a perfect score on at least one section of their LEAP test were recognized at the Sept.... read more