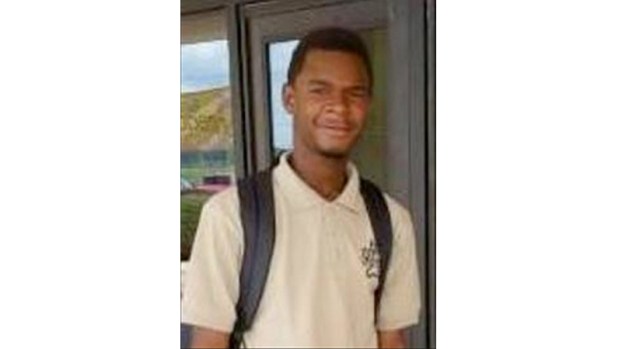 Tory Horton, 16, was killed in August 2016, just before the start of his sophomore year. He would have graduated from East St. John High School in May.

LAPLACE — East St. John High School’s May commencement ceremony extended a posthumous diploma to a Wildcat taken from the world far too soon.

Tory Horton’s path to a bright future was shot when he was gunned down outside of the LaPlace Discount convenience store on Aug. 5, 2016, days before what would have been the start of his sophomore year.

Horton’s family accepted the diploma in his honor.

His loved ones found some long-awaited closure last week when gunman Frederick Seymore, 25, was convicted for Horton’s murder at the conclusion of a four-day trial in Edgard.

A jury found Seymore guilty as charged for second-degree murder June 27 after approximately four hours of deliberation. Sentencing is set for September 3, according to the St. John Clerk of Court.

According to authorities, Horton was on his way to get a haircut Aug. 5, 2016, when he saw the barbershop line was too long and went to the nearby LaPlace Discount store at the corner of Airline Highway and Cambridge.

It was there, according to Sheriff Mike Tregre, that he was spotted and stalked by two assailants and shot in broad daylight. He was pronounced dead a short time later at a local hospital.

Authorities said Horton was shot one time in the chest, adding most of the violent encounter was captured on surveillance video.

After the shooting, two men fled the scene in a red 2013 Toyota Corolla. Video surveillance and images of the vehicle circulated social media soon after.

Bruce Butler, 22 at the time, was arrested the same night and charged with principal to second-degree murder, while suspected shooter Seymore remained at large.

Tregre said authorities found video showing Seymour parking the car, with another individual helping him remove items from the car. The helper, who was reportedly unaware of Seymore’s connection to the homicide at the time, later assisted police in locating him.

Assistant District Attorney William Dieters and attorney Chris Cortez headed the prosecution and offered Seymore a lesser sentence of 30 years with the Department of Corrections in exchange for a guilty plea to manslaughter.

Jury selection commenced June 24 and lasted through the next day.

During Pierre’s testimony, the jury viewed images of the LaPlace Discount gas station entrance and front counter spattered with blood.

Photos and surveillance video of a red Toyota Corolla during the time of recovery were shared with the jury during Barlow’s testimony.

Horton’s mother, Trameka Brown, took the stand during the trial.

Key witness Bruce Butler of LaPlace identified Seymore in the courtroom and in a photo lineup.

After closing statements were made on June 27, the jury retreated to deliberate at 3:36 p.m. A verdict was reached four hours later, finding Seymore guilty as charged of second-degree murder.

The community described Horton as a good kid following the 2016 homicide.

“This young man had no criminal history,” Tregre said. “He had no blemishes on his record. He had just helped his grandfather cut grass.”

Horton and Butler had frequent morning and lunchtime conversations about becoming a good man.

“We talked about him being responsible and doing those things that would gear him towards being a successful person,” Butler said. “Getting to class on time, doing well in school, staying out of trouble and being respectful, most of all.”

LAPLACE — All Oscar Boudreaux was asking for was what he believed was owed to him by St. John the... read more