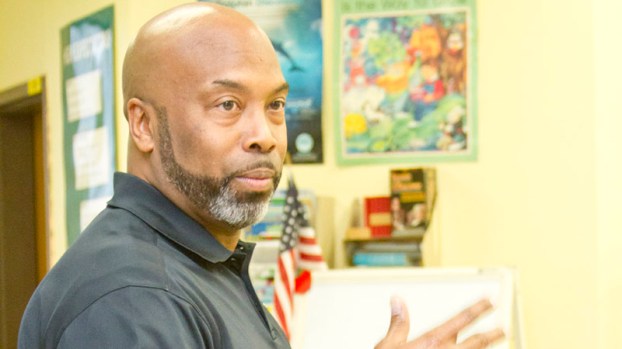 LAPLACE — An interim leader will soon be named to fill the vacancy left by departing St. John the Baptist Parish Superintendent Kevin George.

George announced his resignation Tuesday morning as he prepares to step into the role of interim CEO for New Beginnings School Foundation charter organization in New Orleans. His last day with St. John Parish Schools will be Thursday, June 13.

George was one of two finalists considered to replace CEO Michelle Blouin Williams, who resigned from the charter organization after months of controversy.

While George’s contract with St. John Parish Schools extends to June 2020, his decision to leave earlier comes as little surprise.

Last month, George told St. John School Board members that he would not be extending his contract.

School Board President Patrick Sanders said the Board is in the process of naming an interim superintendent and forming a long-term plan for a permanent superintendent search.

Superintendent Kevin George has led St John Parish Public Schools since 2012. He is pictured listening attentively during a forum discussion.

Sanders said the interim superintendent would “most definitely” be in place before the first day of the 2019-2020 school year in August.

While no decisions have been made yet, the interim superintendent will likely be hired from within the school system, according to Sanders.

“We hope to have (the interim) in place immediately and start the search process,” Sanders said. “In terms of a new superintendent, we don’t intend to have a new person in place when school starts in August. We’ll still be in the search process during that time.”

George said New Beginnings wants him to start “as soon as possible.”

“I just have to make it work with this school board, making sure they’re comfortable with where they are so that they can move forward as well,” George said.

In May, George told L’OBSERVATEUR a recent death in his family changed his mindset about what he wants to do with the rest of his career.

He announced a two-week sabbatical last month and planned to monitor his mental health after his physician advised him to avoid stressful situations.

However, George said he is leaving the position on a positive note.

“The last six years of my life have been amazing,” George said. “Anytime you’re a superintendent of a school system, you have a lot of good things that happen. You have things that happen that you wish you could do over. When you add it all up, over my six years, there have been much more good times than bad.”

Prior to being named superintendent for St. John schools in 2012, George was supervisor for the Lafourche Parish School Board and a teacher at several schools in Lafourche and Terrebone parishes.

He has more than two decades of experience in education. During his time in St. John, he led the school district to a higher rating for five out of six years.

George said he has formed friendships that will last far beyond his career. The bar has been set high, according to George, and he wishes the next superintendent success in moving the district forward.

“I love the people of St. John,” George said. “I love the kids and the students, and it’s bittersweet. After six years, I think I’ve done a lot, and now it’s time for someone else to pick it up and run with it.”

Sanders said the School Board is working closely with an educational consulting firm to find the person best suited for the job.

The School Board has a retreat scheduled for July 8, where more discussion will take place. In the meantime, board members are collaborating to list the characteristics the next superintendent should have.

Community members and business leaders have a chance to share input through a public survey, Sanders said.

“The board assures the public we are going to secure the safety of our schools and, most importantly, the educational component of the district,” Sanders said. “This board has been elected to do so, and we will make sure we uphold the oath of office to uphold the best education we can provide. Creating a good educational system creates a good community.”

To share input on the next superintendent, take the survey at surveymonkey.com/r/9LJTDRX.

The St. John School Board meets at 6 p.m. Thursday in the Godchaux Grammar cafeteria.

Giving Back: Kids On the Move summer camp provides guidance & fun to children in need

LAPLACE — Karina Portillo, a native of Lima, Ohio, was only 6 years old when her mother passed away. She... read more