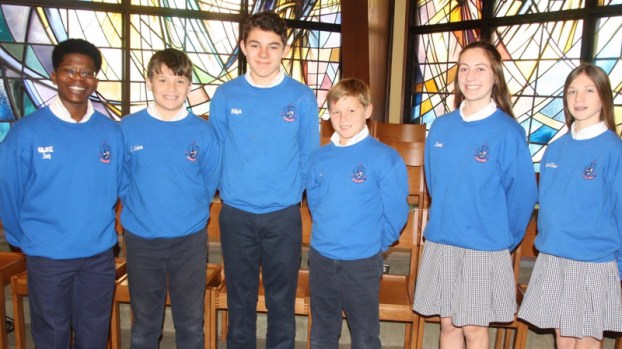 These students will represent SJA at the State Social Studies Fair on March 1 at McNeese State University.

Those advancing include Jay Childs with “What Are the Key Elements of a Popular Video Game?” in the Sociology Division, Carson Weber with “Greek Gods of Nature” in the Anthropology Division, Alijah Martin and Noah Troxclair with “Creation of the Tipi” in the Anthropology Group Division and Laney Beadle and Alyse Chauvin with “Why Does the Cost of Living Increase?” in the Economics Group Division.