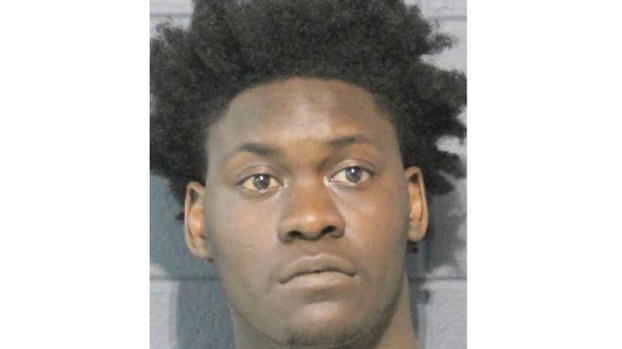 RESERVE — A local man lured an Internet shopper to a Reserve street last week, then pulled a gun on the unsuspecting woman and robbed her, police said.

St. John the Baptist Parish Sheriff’s Office deputies contacted a 19-year-old victim who said she drove Jan. 11 to an unknown location on East 31st Street in Reserve to meet with a potential buyer of her used cellular phone.

The victim, who set up the sale through an Internet site for buying and selling used items, was flagged down by an unknown male after arriving at approximately 4 p.m.

During the transaction, the victim reported the man, later identified as 20-year-old Kyree Ronyell Jones, pulled a gun from his waistband and pointed it at her, stealing the phone in the process before running away.

No one was injured, police said.

Based on investigation, detectives developed Jones as a suspect and obtained a judicial warrant for his arrest.

Jones, of Reserve, was arrested Thursday. The cell phone was recovered during the arrest, police said.

Jones confessed to the crime during questioning with detectives, according to the Sheriff’s Office.

Jones is charged with armed robbery with a firearm and remains in custody in lieu of a $65,000 bond.

The Internet Purchase Exchange Zone enables users to buy and sell items in a safe, public place with 24-hour surveillance cameras for the security of buyers and sellers.

“Please do not meet strangers at homes or in other areas that you are unfamiliar with,” Tregre said.

RESERVE — Parental involvement is a surefire way to send the East St. John High baseball team off to a... read more