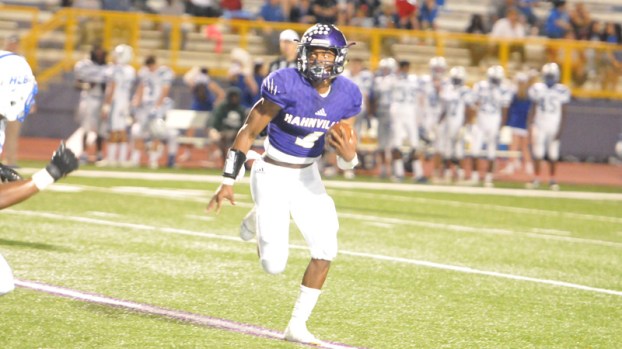 To some, the 2018 Hahnville High football season was hijacked by the controversy that was the playing eligibility of quarterback Andrew Robison.

After transferring from Vandebilt Catholic this summer, Robison was ruled ineligible days before the season and it took court action for the senior to play in the final three games — the last regular season contest and two playoff games.

Robison finished his first game, going 13 for 19 passing for 156 yards and a pair of touchdowns in leading Hahnville to a 48-0 win over H.L. Bourgeois.

Robison followed it up in round one of the playoffs, going 9 of 15 passing for 155 yards and three touchdowns during a 35-9 win over Walker.

Robison finished his final game for the Tigers with 14 completions, 155 yards, a touchdown and two interceptions.

He also flashed his athleticism with 54 yards rushing and a running score.

On closer look, there was a lot more to the Hahnville season than Robison.

After finishing 2018 in the 5A state championship game, HHS had to redefine its identify following the loss of numerous impact seniors.

Nick Saltaformaggio, entering his fifth season as Tigers head coach, and the players were up to the challenge.

Hahnville lost four of its first five games, with defeats at the hands of John Ehret, Brother Martin, Destrehan and Terrebonne.

The Tigers rebounded with five wins over the next six weeks to set up things for a possible playoff run.

Where there was chaos throughout much of 2018, Jha’Quan Jackson was the Tigers’ center of calm.

The playmaker lined up at numerous positions, putting up strong play against one of the state’s toughest schedules.

Brandon Cormadelle finished as the Tigers No. 1 offensive threat, running for 1,164 yards and 11 scores.

Third-year head coach Dwaine Jenkins and the Lutcher Bulldogs bounced back from 2017’s 4-7 record with a strong 2018. The... read more