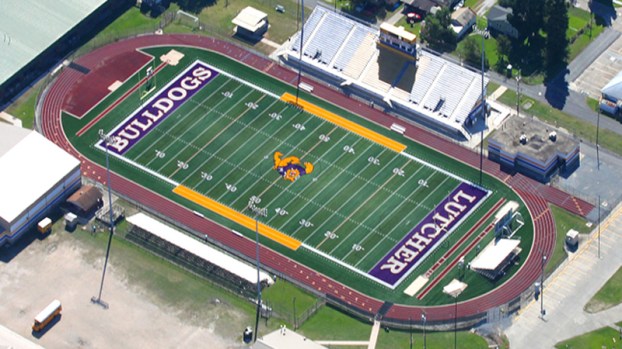 Third-year head coach Dwaine Jenkins and the Lutcher Bulldogs bounced back from 2017’s 4-7 record with a strong 2018.

The Bulldogs tied the game with under two minutes remaining via a long pass deflection reception by Cam Amato.

Breaux Bridge missed a field goal at the end of regulation, sending the game into overtime.

Lutcher scored first to go up seven, but Breaux Bridge responded with a touchdown pass by Cole Mouton.

Breaux Bridge coach Chad Pourciau went for the win at that point, dialing up a successful two-point conversion run that ended Lutcher’s season.

Rondell Mealey was solid in the loss, rushing for 108 yards and two touchdowns.

With 17 returning starters, the Lutcher Bulldogs were confident they had the experience to contend in 2018. That certainly proved the case.

Quarterback Kolby Bourgeois followed up 2017’s 1,800 yards passing and 22 touchdowns with 2,283 yards through the air and 30 touchdowns.

Jacoby Williams was the Bulldogs’ leading receiver with 61 receptions, 814 yards and six touchdowns.

Their junior teammate, Zane McCrary, was third on the team with 55 tackles.