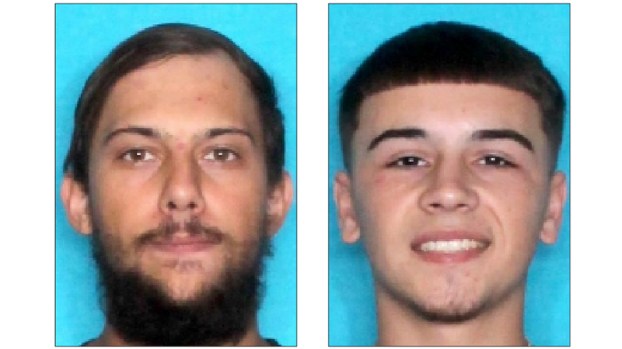 Police in St. Charles Parish are looking for Tyler Dufrene and Ross Hooper.

LULING — The St. Charles Parish Sheriff’s Office is asking for your help in locating two suspects who are wanted in connection with a shooting that occurred Tuesday at 1:24 p.m. on Luling Estates Drive.

The victim suffered two gunshot wounds to the back and is in stable condition at this time, police said.

Tyler Dufrene, 21, of Boutte is wanted for attempted second degree murder and possession of a firearm by a convicted felon.

Ross Hooper, 20, of Luling is wanted for principle to attempted second degree murder.

Anyone who has any information on the whereabouts of the suspects or any information regarding the shooting is asked to call Detective Joseph Dewhirst at 985-783-1135 or 985-783-6807.

NORCO — Santa Claus is ready to play ball! The Norco Christmas Parade will roll through the streets of Norco... read more