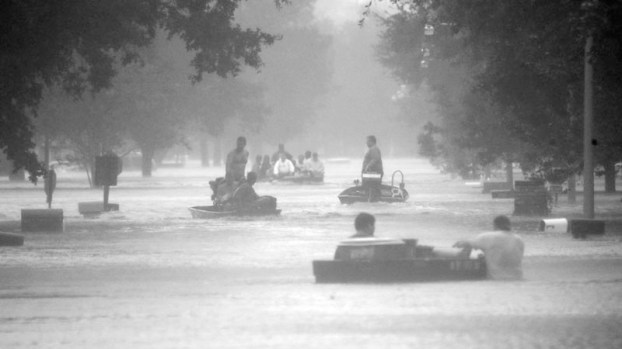 The St. John the Baptist Parish scene six years ago in the aftermath of Hurricane Isaac was one of thousands of displaced residents as more than 6,000 homes flooded.

LAPLACE — A compromise suggested by Councilman Marvin Perrilloux neutralized a stalemate involving the highest levels of St. John the Baptist Parish government, one that had stymied progress for many residents still recovering from Hurricane Isaac.

Perrilloux suggested the Parish Council enter into a professional services agreement with Pivotal Engineering for inspection services to satisfy requirements placed by the Louisiana Office of Community Development regarding additional inspections of homes covered by the CBDG Housing Program. Those CBDG funds are being utilized to assist residents rebuild their homes in the wake of Hurricane Isaac.

The work bogged down in what some claim is political bureaucracy on the state level and in-house disagreement on the local level. Approximately two months ago, the state mandated that more than 300 homes approved for the grant funding be inspected a second time to identify those families potentially receiving a duplication of government benefits.

Pivotal, which is under contract to inspect homes during the construction phase, began to do the additional inspecting but also requested the company be paid for its services.

How to pay for those services ignited a flashpoint pitting the parish administration against the district attorney’s office. Parish President Natalie Robottom said she believed a clause existed in Pivotal’s contract that allowed for such an amendment, but the D.A.’s office differed, with Council members also split.

The delays caused work to cease on homes under construction.

But Perrilloux’s solution, suggested this week during a Parish Council meeting, provided a compromise that appears to satisfy the administration and Council members, although the D.A.’s office recommended the professional services contract not be authorized and the parish called for a new proposal request for the inspection services that were not in Pivotal’s original scope of work.

However, the rebid process would likely have tacked on another four to six weeks, at a minimum, to the delay.

Perrilloux, Robottom and several other parish officials met with the D.A.’s office Oct. 5 in an attempt to break the impasse.

“We discussed what we can do to move forward,” Perrilloux said. “Either we go for out (requests for proposals) or enter into a professional services contract (with Pivotal). “

Perrilloux also needed reassurance the Parish would have no liability if construction issues arose in the next several years in the future and that Royal Engineering, which works closely with Pivotal on administration of the grant, was bound to fulfill terms of its contract, which expires in March.

“I don’t want to come back and Royal says we don’t have to do this anymore,” said Perrilloux, whose concerns were allayed by the parish president.

Robottom said Royal intakes the inspection data provided by Pivotal, calculates the math and determines if the total amount of funds awarded to a homeowner is reasonable or a potential duplication of benefits. If, in fact, a homeowner has indeed received such a duplication, then the homeowner or homeowners are responsible for paying back the overage, not the parish.

Although Perrilloux revealed his suggestion early in Tuesday’s meeting, the debate continued to intensify and went off on a tangent as to who was to blame.

At one point, Councilman Kurt Becnel became passionate in his plea to help the residents, and reiterated statements from earlier meetings that his focus was on helping families get back in their homes and not to getting stymied by “this little clause” in the contract.

“I’m not disrespecting the D.A. or Council members but I look at it from the human side,” he said, adding that he spends time in his “constituents’ homes. This is just stalling and delaying.”

Councilman Larry Snyder angrily reacted to Becnel, saying he was tired of his colleague throwing him “under the bus.”

Councilman Lennix Madere Jr. continuously traded verbal barbs with Robottom over what he perceived as a lack of communication from the parish administration and who was to blame for the delay.

Nearly an hour into the debate, Councilman Thomas Malik made a motion to adopt Perrilloux’s plan.

Once finalized, the agreement will be sent to the D.A.’s office for legal review and is likely be on the agenda during the Council’s Oct. 23 meeting.

During the regular council meeting, Scott Reddoch of Royal provided a comprehensive update on the CBDG grant. He said of the more than 1,200 parish residents who initially applied for funding, a total of 315 were approved. Of that number, 243 homes have been completed, including 203 that were rehabbed, another 20 that were rehabbed and elevated, 14 total reconstruction projects and six homes that were only elevated.

He said an additional 44 homes are in varying stages of construction, an additional 14 are waiting for the award to be granted and five projects must be rebid for varying reasons.

He said the projects under construction, the projects on hold and the projects to be rebid should be completed by the end of 2018, with the firm having closed out everything by March 31.

The parish was also informed two weeks ago it has received an additional $2.4 million FEMA grant, allowing for more residents to elevate their homes.

CONVENT — A BB gun, unreliable accomplice and meager $89 score added up to four decades in prison for one... read more