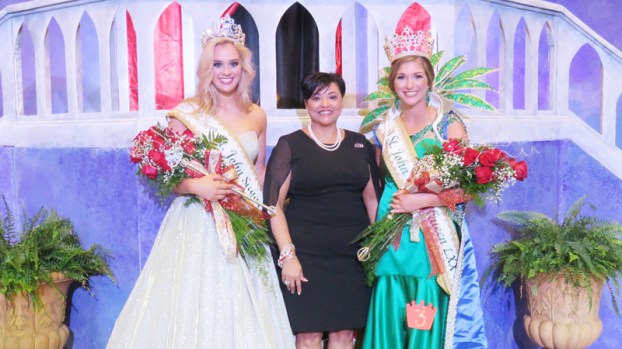 RESERVE — Emma Palermo jokes that it might sound funny, but sugar cane is her true past time and passion.

“I would go ride my bike, 10-year-old me and my best friend, to the sugar cane field behind my house and we would go chop down sugar cane and eat it,” Palermo said.

“It’s my happy place, and now that I am here in St. John Parish, representing the sugar industry, this is going to be the best year of my life. I know it. I’m going to have so much fun and I can’t wait to see what the year holds.”

The next 12 months got a lot more exciting for Palermo, who was named Teen St. John Sugar Queen Saturday night at St. Peter Catholic School in Reserve.

“I’ve grown up here my whole life and I’ve looked at the Sugar Queen, as well as the Andouille Queen, as role models, so I thought why not do it now and be a role model for our youth in today’s society,” Nelson said.

“I am most excited to get to know my teen queen and represent the St. John Parish sugar industry and just tell everybody how cool we are. We are pretty amazing for a small parish.”

According to Nelson, pageant co-emcee Mike Hoover certainly drew out the final seconds before the Queen announcement, which added a level of excitement to her crowing coronation.

“I knew, of the contestants that were ready, any of us would be a great representative of this title,” Nelson said. “No matter what, I was going to be happy.”

Nelson said the practices each contestant participated in prior to Saturday night’s pageant built a sense of sisterhood that is sure to last well into the future.

“We got to know one another throughout it, and I definitely feel I have amazing friends that I can count on,” she said, adding this year’s teen participants are especially mature, a fact that bodes well for the future of the event.

In the frantic celebratory minutes after the pageant, Palermo expressed similar sentiments, saying it is an honor to serve as Teen Queen alongside Nelson.

Palermo said there was a lot of anxiety and tears during the build-up to the big announcement, sharing while back stage she had to gather herself after feeling she made a mistake on stage.

“I pulled myself together the best I could,” she said.

Palermo and Nelson pose for pictures with their crowns and flowers during pageant night in St. John the Baptist Parish.

“I knew I was going to cry anyway because I love each and everyone of these girls. I’ve made best friends for life throughout these pageant practices. It’s just been an amazing experience with each and every one of them.

“My favorite part was the practices because I made new, lifelong friends that I can count on whenever I need too. They have the same passions, the same views and enjoy life as much as I do. That is all I need.”

Eight contestants participated this year, as the event was themed “The Greatest Show – How Sweet It has Been!”

— Story and photos by Candace Hemelt

LAPLACE — Kevin Cates remembers shopping for tires when he was younger, guided solely by a desire to find the... read more