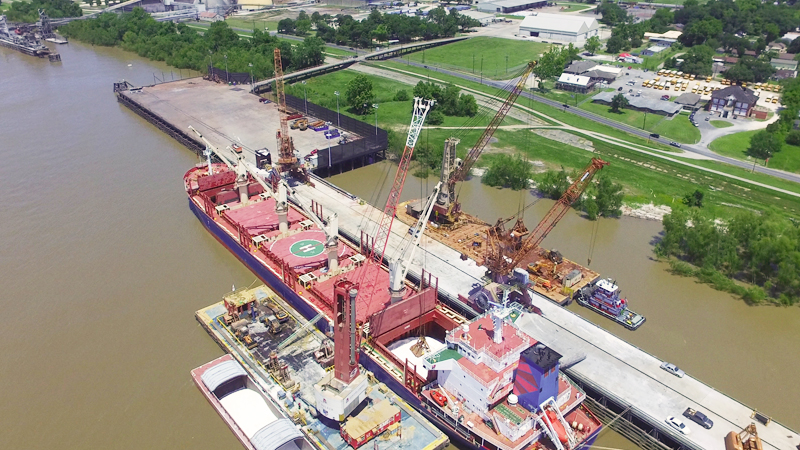 The Port of South Louisiana Globalplex terminal is seen in 2016.

Build it, and they will come. That was the vision the Port of South Louisiana had for the site that once was Godchaux Sugar Refinery in Reserve, when acquiring it in 1992.

After extensive market and facility assessments, feasibility studies and substantial planning, it was determined that the Port of South Louisiana and the River Region were poised to benefit greatly from the establishment of a transshipment center in the heart of its jurisdiction.

To facilitate survival and growth, the facility was planned for flexible development depending on market needs over time, thus beginning the formation of Globalplex Intermodal Terminal.

The Port of South Louisiana Globalplex terminal is seen in 1996.

In March of 1992, the Port of South Louisiana purchased the 209-acre Riverplex facility from Godchaux-Henderson Properties for $11.5 million. The acquisition included a bulk handling facility equipped with a bulk dock with conveyor systems and storage facilities, barge mooring facilities, 300,000 square feet of storage space, a drinking water purification plant and a wastewater treatment system.

In subsequent years, the Port of South Louisiana would acquire additional land (for instance, 130 acres in 2003) and warehouses that now make up the 300-plus acre facility. The demolition of dilapidated structures that once supported the sugar refinery was the primary focus during most of the 1990s.

By the year 2000, the facility was ready begin its transformation.

In 2008, the bulk cargo dock underwent its own upgrades, including the installation of an 800 tons-per-hour Carlsen screw-type unloader.

A general cargo dock and access bridge were installed in April of 1996 downriver from the bulk dock. In September of 2000, the dock was extended to 690 feet in length and 204 feet in width and was equipped with two Manitowoc 2250 pedestal-mounted cranes on gantries that could travel the entire length of the dock.

In 2008, necessary modifications were made to the general cargo access bridge after increased activity on the dock, which later (2012) demanded the construction of a 700’ x 65’ finger pier adjacent to and downriver from the general cargo dock to allow the berth of two Panamax-size vessels for direct vessel-to-barge transloading.

With the installation of the finger pier, modifications (2013) to the dock cranes and panzer were made so the two cranes could travel the entire length of both docks.

Throughout the years, we have welcomed and developed a good working relationship with several companies, such as Evonik, LaFarge-Holcim, CRC Global Solutions and BARTON International, which have distribution operations at Globalplex.

The aftermath of Hurricane Katrina brought two unexpected, but welcome, tenants: Baumer Foods, best known for their line of Crystal sauces, and NATCO Food Service re-established their commercial distribution centers to the terminal.

The backbone of Globalplex Intermodal Terminal’s operation is Associated Terminals, who has been the terminal operator of the facility since March of 2005. Founded in 1990, Associated Terminals proficiently coordinates all aspects of cargo logistics, always with the customer’s needs in mind. The terminal is what it is today in great part because of their hard work, support and expertise.

Since the purchase of the facility in 1992 for $11.5 million, the Port of South Louisiana has invested over $104 million in construction, upgrades and improvements, which were made possible in part by grants received from LA DOTD’s Capital Outlay and Port Construction and Development Priority Programs and other federal and state grants. The Port of South Louisiana has several projects planned for Globalplex Intermodal Terminal in the near future with the objective of attracting new users and tenants.

Included in these plans is the next building project: a new administration building built on-site to house the full staff of the Port of South Louisiana.

And the winner is…Best of the River Parishes

Ask Rusty – Will I have any Social Security benefits? 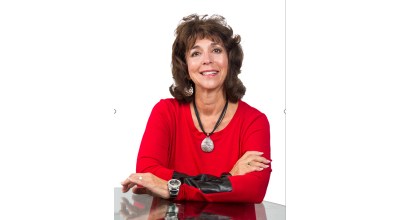 Toni Says: Can’t afford to pay my Medicare premium bill…What can I do?