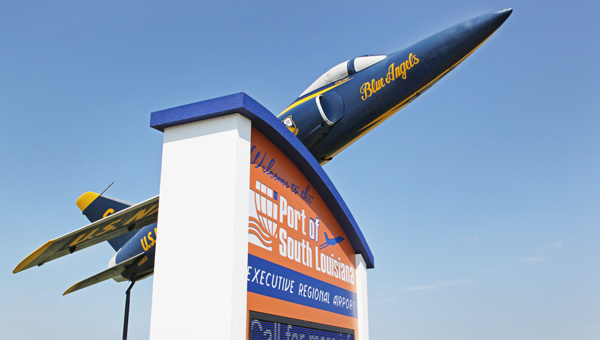 This event is being organized and sponsored by “Guys Achieving Goals,” a local, Louisiana non-profit organization.

The overall purpose of this event is to introduce young persons to aviation subjects and flying.

The Port of South Louisiana is happy to provide the Executive Regional Airport to the organizer for this function.

On the day of this event, we expect excitement and lots of activity on the airport grounds, including the presence of both young children and adults, some of whom will be getting their first exposure to aircraft and aviation subjects.

There will also be additional flight activity in the skies above our River Parish community and the airspace surrounding the airport.

The field of aviation offers a wide variety of opportunities in multiple academic disciplines and career paths.

Every science, from chemistry to physics and beyond, impacts the ability to achieve human flight.

Engineering and mathematics build upon these studies and are foundations for discovery of new processes, not the least of which can be new designs for aircraft and the systems that support flight such as navigation systems, satellites and avionics.

Often, the first step to a successful aviation or aerospace career begins with introducing young minds to how an aircraft maneuvers in the air and how pilots learn the discipline of controlling these machines against four principal physical forces: gravity or weight, drag, thrust and lift.

It is also important to understand how flying at various altitudes affects the human body. For instance, the higher an aircraft flies, or the farther away the people in it are from most habitable surfaces of the earth, or a common denominator referred to as “sea level,” the less oxygen there is available to breath.

The study of such reactions within the human body incorporates among other sciences, physiology and biology.

The Port of South Louisiana welcomes the participation of the St. John the Baptist Parish community and wishes this event every success!

Ask Rusty – How do I get back benefits withheld due to the earnings limit?